High-income Status Can be Achieved through Nutrition Improvement 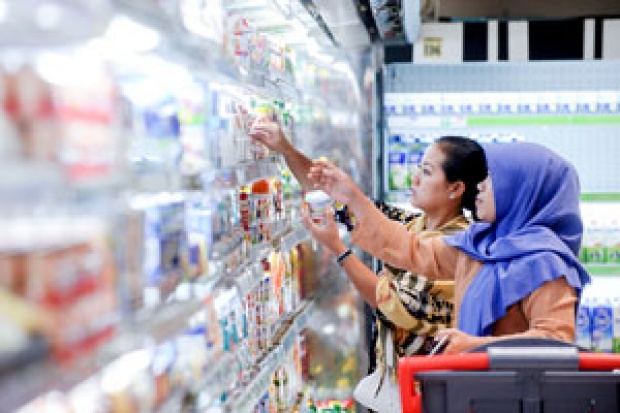 Jakarta - The Food and Agriculture Organization of the United Nations says Indonesia can reach its goal of achieving high-income status. However, the country must first create greater access to more nutritious foods and invest in human capital in order to do so, the organization said Thursday, March 8.

Indonesia`s economy has been growing at a steady pace for many years and the Government has an ambitious plan to graduate from middle income to high-income status, FAO stated in the press release received by Tempo Friday, March 9. Great strides have been made in reducing absolute poverty but reductions in moderate poverty have been slower. This has created an equity gap – and one the Government has pledged to close to improve the livelihoods of millions of Indonesians.

One of the key approaches in doing so is to improve access to nutritious foods and reduce the prevalence of stunting in children below the age of five, where children do not reach their mental or physical potential as adults and society and the economy as a whole suffers as a result from reduced productivity. One major reason is a monotonous diet often lacking in fruits, vegetables, and high protein foods.

Speaking at the Jakarta Food Security Summit, FAO Assistant Director-General and Regional Representative for Asia and the Pacific congratulated Indonesia on its initiative to achieve greater equity but urged a convergence of public and private sector stakeholders to seek out opportunities to improve nutrition as a primary objective.

“Achieving equity can involve many things, but building human capital is the road to a sustainable future. Improvements in nutrition through better access to nutritious foods, is a first step,” said FAO’s Kundhavi Kadiresan. “Farmers can move into higher-value crops such as vegetables or fruits, or diversify into aquaculture or livestock. These crops promise more profits than rice and their demand will grow rapidly in the future,” she went on, adding that smallholder farmers are themselves often the most vulnerable to poverty and food insecurity.

According to Kadiresan, the government and the private sector can work with farmers to help achieve this transformation. “There is a need for more investment in value chains, both private and public, as meats, fruits and vegetables are more perishable than rice. There is also a need for more creative risk management strategies such as contract farming, as these commodities are often riskier to grow and sell than rice. And price incentives should not unduly favor rice if we expect farmers to diversify into these nutritious commodities. But farmers and rural households should actively, and additionally, pursue non-farm livelihoods as well.”

In a wide-ranging discussion with Government Ministers, the private sector, and others, Kadiresan spoke about the need to develop and link agricultural policy and partnership. While supporting smallholder farmers is important, there are other avenues that intersect the public and private sectors.

“In Indonesia, agribusiness already contributes more to GDP than primary agriculture, in line with the experience of other countries as the growing economy undergoes a structural transformation. The pattern in both Indonesia and other countries is clear – future growth in the food economy will come more from agribusiness than primary agriculture,” she said, adding the opportunities are clear.

“Growing agribusiness will require establishing better rural-urban linkages, as an estimated 60-70 percent of food demand in Asia now comes from urban areas. Growing and producing more nutritious foods such as fish, meat, fruits, and vegetables in rural areas is pointless if these perishable items can’t be moved to sources of demand, or if there are large losses along the way.”

Kadiresan called on the Government and the private sector to collaborate through various mechanisms to create efficient value chains that allow farmers to get a higher price for their products, create more jobs in agribusiness, especially for youth, and provide fresh and affordable nutritious food to the poor in both rural and urban areas.

“Diversifying Indonesia’s agricultural sector will improve nutrition, increase farm income and create business opportunities up and down the value chain,” she concluded. “Those opportunities are there, and they are opportunities that shouldn’t be missed.”