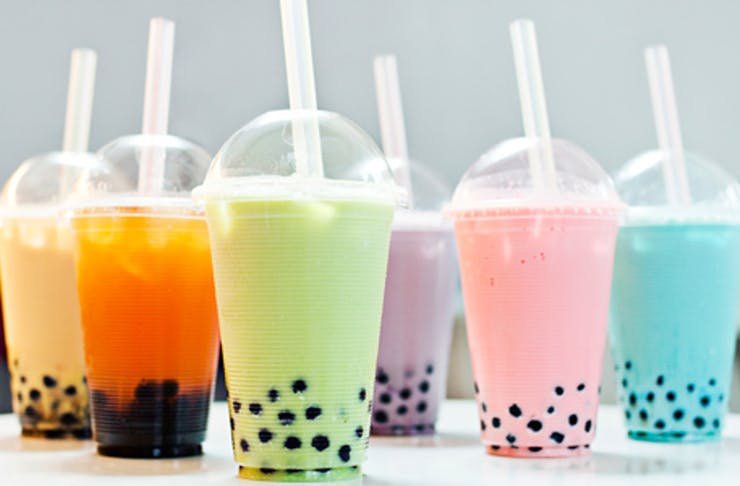 Nutrition experts often laud the antioxidants and anti-inflammatory components in tea – particularly green – and it can be tempting to guzzle anything that resembles the leaf-infused drink.

Over the past 10 years, bubble tea kiosks and stores have been popping up in shopping centers and city streets all over Australia.

But before you replace your morning cuppa with a big colorful cup of the bubble variety, it's worth noting that it's not exactly a health drink like its plain green ancestor.

"Tea can definitely be included as part of a healthy, balanced diet," accredited practicing dietitian Milly Smith, spokesperson for the Dietitian's Association of Australia, tells Coach.

"Green tea, in particular, will give us lots of antioxidants, which protect our body's cells from free radicals."

But it's bubble tea's sweetness that drops it far down the health rungs.

"The added sugar in bubble tea really starts to add up," Smith says.

Tapioca pearls, which are squishy little starch balls laced with sugar, can also be a calorie killer. SingHealth, Singapore's largest academic medical center, reports that they make up a third of each drink's calories.

While some would argue that the addition of milk adds calcium and protein, Darryl Small, RMIT associate professor of food chemistry, told City Journal that milk could work against the beneficial antioxidants.

"The protein components in milk can bind to the polyphenols in tea … this will reduce the antioxidant capacity of (green) tea," he says.

It's also worth noting that tea is best consumed separately to food, given its polyphenols can affect the body's ability to absorb non-haem iron (which comes from plant-based foods).

"If you're following a vegetarian diet or you have a history of low iron levels, you want to be particularly mindful of this," Smith says.

Ultimately, if you're looking for a healthy tea then Smith says you'd go for old-fashioned leaves simply steeped in hot water – being careful not to have too many in a day, given it contains caffeine that could affect your sleep.

"Including black and green tea is a great way to include fluids and counts towards our water intake, but it does have a different taste to bubble tea because of the sugar," she says.

"While tea can have some health benefits, sugar-sweetened drinks can add in a lot of calories without giving us much nutritional value. The important thing is to treat them as more of a discretionary food and have them in moderation as part of a healthy, balanced diet."