Cambodian Agricultural Research and Development Institute (CARDI) director Lor Bunna told Khmer Times that the new variety is a fragrant rice hybrid developed by his research team over the course of 10 years. “Until now, we have not yet named it, but our research team [is] working with farmers to test it and we have hopes to release it at the end of this year or early next year,” he said.

“This is a variety we hope our farmers will [find a good export market for] with high production. It can be grown in areas with consistent rice water,” he added.

Since the 1990s, CARDI has developed and released more than 40 rice varieties to farmers, some of which have been forgotten.

Bunna said 44 rice varieties have been developed since the early 1990s. Some however  are no longer suitable because of natural, soil and climate change problems. 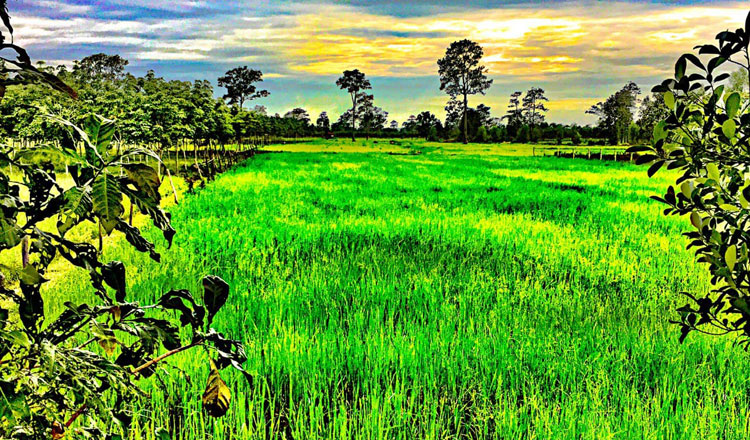 Initially CARDI released only high yield, fast growing varieties to elevate food security in the country. Once food security in the country had been attained, the researchers started conducting development of new fragrant rice varieties in order to boost exports. Bunna noted that since the 2000s, CARDI has been researching rice varieties that are more resilient to climate change as well as others resistant to flooding and those that can handle hotter than normal temperatures.

Two weeks ago, Veng Sakhon, the minister of agriculture, forestry and fisheries, announced a new variety of rice named Phka Mealadei. Bunna said Phka Mealadei is a seasonal, medium-term hybrid rice strain that CARDI has been successfully breeding and has tested on varied agro-ecosystems for 14 years.

Cambodia’s milled rice exports to international markets have dropped dramatically recently, but the ministry of agriculture has continued to promote and encourage local farmers to keep growing the commodity.

In the first semester of 2021, there were 280,450 tonnes of milled rice exported, a drop of 29.47 percent compared to the same period in 2020.  Rice paddy exports hit 1,692,813 tonnes in 2021, a year-on-year increase of about 72 percent. Rainy season rice production in Cambodia  has already exceeded its 2021 target yield, according to the agriculture minister.

As of last week, farmers had grown more than 2.6 million tonnes, nearly 102 percent of the yearly plan. The amount of ‘light rice’ harvested during the early rainy season rose to nearly 1.3 million tonnes, a year-on-year increase of more than 789,000 tonnes, for an average yield per hectare of 4.2 tonnes. Last year the harvest fell 5 percent short of its target.