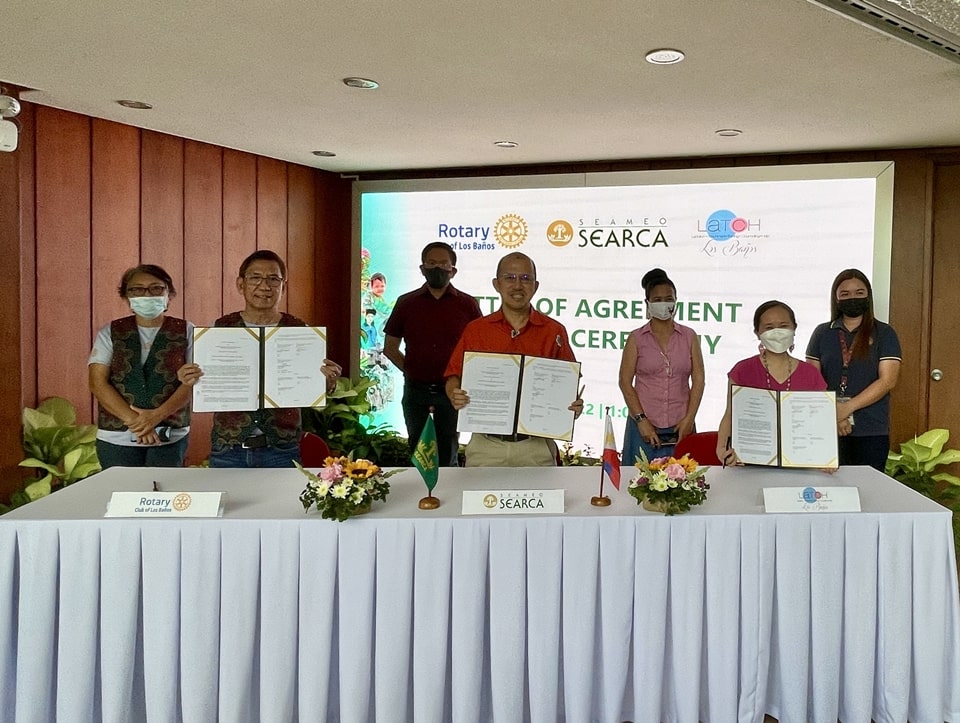 True to its mandate of empowering local communities amidst the ongoing pandemic, the Southeast Asian Regional Center for Graduate Study and Research in Agriculture (SEARCA) signed a Letter of Agreement (LOA) with the Rotary Club of Los Baños Makiling (RCLB Makiling), and Lactation, Attachment, Training, Counseling, Help Los Baños (LATCH LB) to provide support to the Municipality of Los Baños through the Municipal Nutrition Action Office (MNAO) in enhancing food security and nutrition among mothers and children.

The signing ceremony of the LOA was held on 3 March 2022 at the SEARCA Headquarters.

RCLB Makiling is a community-based club of young men and women that aims to help address the social needs of Los Baños and its nearby communities.

On the other hand, LATCH LB is a non-profit organization established in 2006 offering quality lactation education and mother-to-mother breastfeeding counseling services. The Los Baños chapter was formed in 2016. 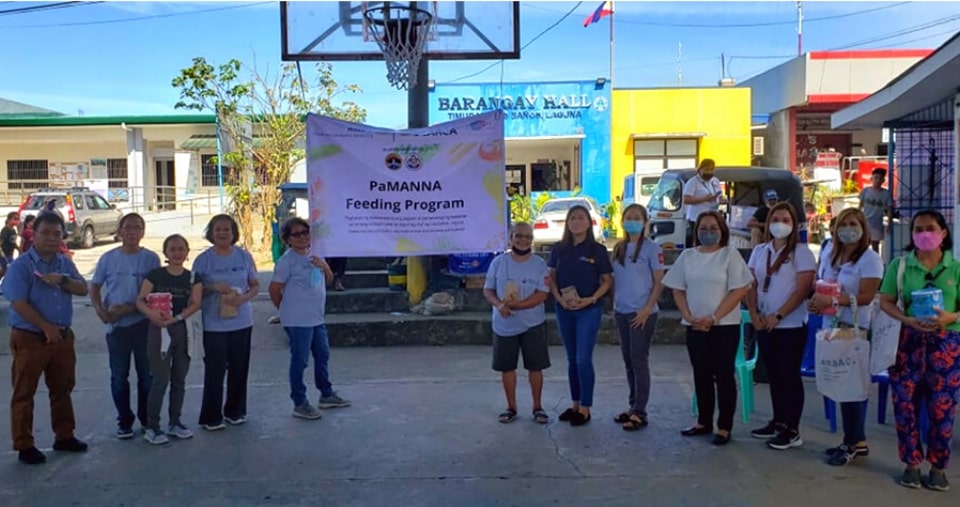 “SEARCA partners with the two Los Baños-based organizations because we recognize the importance of food and nutrition in promoting a healthier community. By providing children and low-income families access to food, healthful diet and nutrition education through the PaManna Feeding Program, we could attain an improved and healthy lifestyle,” said Dr. Gregorio in his opening message.

“On behalf of the Rotary Club of Los Baños Makiling, we are very grateful for this collaboration between SEARCA and LATCH Los Baños,” said Mr. Pinca.

The PaManna Feeding Program is a three-month feeding initiative to improve the nutritional status of 100 undernourished children ages one to five years old and 100 pregnant and lactating mothers from the different barangays in the municipality.

“It is our goal to take care of our health and the health of 200 mothers and babies by providing them newly-cooked and nutritious food three times a week in a span three months,” said Ms. Baticados.

SEARCA supports sustainable food systems in its 11th Five Year-Plan focused on Accelerating Transformation Through Agricultural Innovation (ATTAIN). Food and Nutrition Security is included as one of the seven priority areas under ATTAIN.