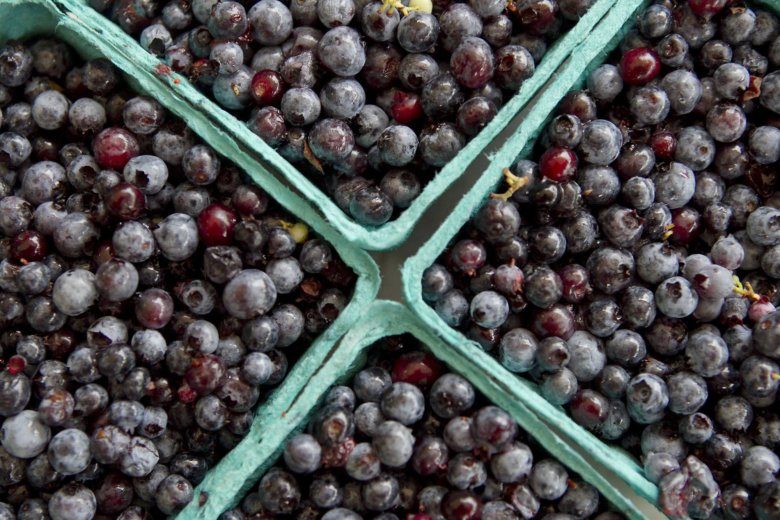 FILE - In this Friday, July 27, 2012 file photo, cartons of wild blueberries are for sale at a roadside stand in Woolwich, Maine. Maine's governor and members of its blueberry industry fear losing growers due to a depression in prices that has made growing the beloved crop a less reliable way to make a living. (AP Photo/Robert F. Bukaty)

Food as medicine is a concept that is gaining traction in the health and wellness community. As a doctor, parents often ask me about what they can feed their kids to improve their immunity.

In young and old alike, our immune system is the first line of defense against bacteria, viruses and even fungi. And research shows our body’s hardwired health defense systems can be activated by food.

Here are five foods that science tells us can bolster immunity — and ideas for getting kids to love them:

In addition to being a great source of DNA-protecting antioxidants, blueberries activate special immune cells called myeloid dendritic cells that protect the body against infection. Researchers have also shown that eating blueberries can improve the immune benefits of exercise, which kids should get plenty of playing outside in the summer.

Plain old blueberries are a delicious snack, but you can get creative by making a kid-friendly smoothie with fresh or frozen blueberries blended with plain yogurt.

Regular broccoli is an immunity booster, but it’s not very kid-friendly. Try broccoli sprouts instead. These three-day-old tendrils are baby plants that have a mild, nutty taste that most children won’t mind. And when it comes to immune benefits, which comes from a natural chemical called sulforaphane, sprouts pack a whopping punch. Broccoli sprouts contain as much as 100 times more sulforaphane than full-grown broccoli.

Researchers at the University of North Carolina at Chapel Hill, Stanford and the University Children’s Hospital Basel in Switzerland showed that drinking a shake made with broccoli sprouts can greatly enhance the body’s immune response to a virus compared to a placebo shake. So how do you get your kid to eat broccoli sprouts? Make them a smoothie they’ll ask for by blending the sprouts with banana, strawberries and some pineapple.

Mushrooms are a great source of immune-stimulating beta-glucan. A study from the University of Western Sydney in Australia showed eating white button mushrooms could improve the number of infection-fighting antibodies in the saliva. The mushrooms activated the gut, which stimulated the immune system to produce the antibodies.

Think mushrooms are a hard sell to your kids? Saute them in a pan with some olive oil, and then mix them finely chopped into an omelet as it’s cooking. Or make an old-fashioned mushroom barley soup.

In addition to its brilliant color and sweet taste, kiwifruit can improve immunity by supporting our healthy gut bacteria, or what’s also called as our microbiome. These bacteria actually help control our body’s immune response.

Researchers from the National University of Singapore found that eating just two kiwifruits a day could increase one beneficial bacteria called Lactobacillus by as much as 35 percent in only 24 hours. As an added bonus, Lactobacillus also improves the body’s ability to metabolize glucose and lipids more efficiently. With diabetes and obesity on the rise in children, these benefits are important. Cut some ripe kiwi into a fruit salad for your kids, or just serve it on its own. You can also add kiwi to smoothies or yogurt.

The next time you make a sandwich for your child, swap out the white bread for sourdough. Here’s the secret: The tangy taste of sourdough is due to lactic acid from Lactobacillus, the same beneficial bacteria boosted by kiwi, which is actually used to make sourdough. Researchers have shown that even fragments of the bacteria, like those that would be found in oven-baked bread, can deliver health benefits.

These are more than 100 foods known to benefit the immune system from apricots to watercress. When parents make smart food choices, it can set kids up to be healthier — and make healthier choices of their own — throughout their lives.