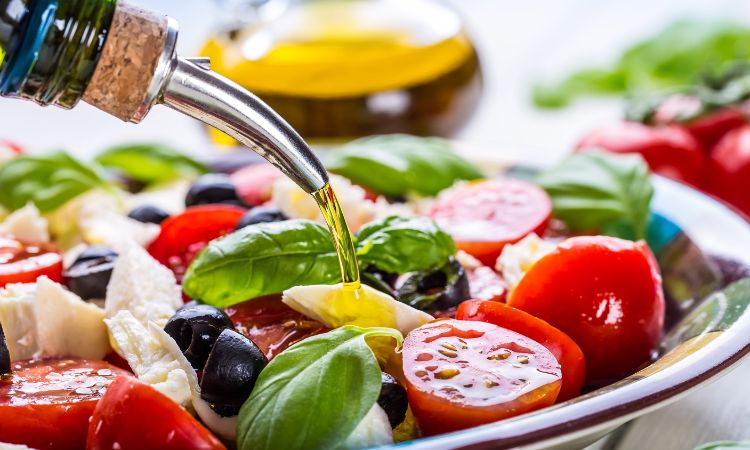 Sticking to a plant-based diet could help lower your risk of type 2 diabetes, a new paper suggests.

That link between plant-based eating habits and type 2 diabetes is even more beneficial when only healthy plant-based foods -- such as fruits, vegetables, whole grains, legumes and nuts -- are included in your daily diet, as opposed to refined grains, starches and sugars, according to the study, published in the journal JAMA Internal Medicine on Monday.

"We found that eating plant-based diets was associated with, on average, 23% reduction in diabetes risk," said Dr. Qi Sun, an associate professor in the Department of Nutrition at the Harvard T.H. Chan School of Public Health in Boston and senior author of the paper.

"We further showed that individuals who consumed a healthy version of the plant-based diet by emphasizing the intake of fresh fruits, vegetables, whole grains, nuts and legumes, and minimizing intake of sugar-sweetened beverages and refined carbohydrates, had a further 30% reduction in their risk of developing type 2 diabetes," he said. "I would describe these risk reductions as being quite significant."

Doctors have long known that a healthy diet -- along with regular exercise, maintaining healthy body weight and not smoking -- are among the ways to prevent or delay the onset of type 2 diabetes.

"Indeed, a vegetarian or other plant-based diets that are high in free sugars and refined carbohydrates is likely to increase risk of type 2 diabetes especially when associated with low levels of physical activity," Tom Sanders, professor emeritus of nutrition and dietetics at King's College London noted in a written statement distributed by the Science Media Centre in the UK. He was not involved in the new paper.

More than 30 million people in the United States, or about 1 in 10, have diabetes and up to 95% of them have type 2 diabetes, according to the US Centers for Disease Control and Prevention.

Globally, diabetes is on the rise -- the number of people with diabetes has climbed from 108 million in 1980 to 422 million in 2014, according to the World Health Organization.

After reviewing the data in those studies, the researchers found that higher adherence to a plant-based diet was associated with a lower risk of type 2 diabetes -- and that was consistent across all age groups and despite a person's body mass index.

Body mass index, or BMI, is a person's weight in kilograms divided by the square of their height in meters, and the measurement is used to screen for obesity. A BMI of 25 to 29.9 is considered overweight, and a BMI of 30 or greater is considered obese.

Obesity is a risk factor for type 2 diabetes.

There were some limitations in the new paper, including that the dietary data in the studies were based on people self-reporting their eating habits, which poses a risk of bias. Also, only an association between plant-based diets and lower diabetes risk was found. More research is needed to determine if a causal relationship indeed exists.

"The paper does support what has been reported before, that diets with high fiber content are associated with reduced risk of cardiovascular and metabolic diseases," Alexandra Johnstone, a senior research fellow at the University of Aberdeen's Rowett Institute of Nutrition and Health in Scotland, said in a written statement distributed by the Science Media Centre in the UK. She was not involved in the new paper.

"Future research needs to focus on what components of a plant-based diet are linked to preventative health effects," she said in the statement.

The new paper relied on those previously published studies to define "plant-based diet" but in general, "there are many types of diets that can be regarded as a plant-based diet, ranging from the strict vegan diet, the vegetarian diets, to diets that emphasize the intake of plant-based foods but do not completely exclude animal product intake," Harvard's Sun said.

The paper showed that eating a primarily plant-based diet that included some animal products, such as meat, can still be beneficial, Sun said. "Keep in mind that many healthy eating patterns, such as the Mediterranean diet or DASH diet, are also largely plant-based. For people who already practice these diets, I think they are on the right path."

The Mediterranean diet won the gold as 2019's best overall diet in rankings earlier this year by US News and World Report.

In 2018, the top spot for best overall diet was a tie between the Mediterranean diet and the DASH diet, which stands for dietary approaches to stop hypertension, or high blood pressure. This year, DASH came in second.

When it came to diabetes diets, in particular, the Mediterranean diet still held the No. 1 spot in the rankings.

Four diets tied for second place in the US News and World Report ranking: the DASH diet, the flexitarian diet, the Volumetrics diet, and the Mayo Clinic diet, which says it provides personalized meal plans, weight and fitness trackers and the expertise of nearly a dozen experts.

"The foods in the Mediterranean diet are really high in antioxidants, vitamins, minerals and fiber, which are all key components for reducing the risk for chronic disease," Atlanta registered dietitian Rahaf Al Bochi, who teaches the Mediterranean diet to her clients and is also a spokeswoman for the Academy of Nutrition and Dietetics, said in January.

"It's more than a diet, it's a lifestyle," she said. "It also encourages eating with friends and family, socializing over meals, mindfully eating your favorite foods, as well as mindful movement and exercise for a complete healthy lifestyle."