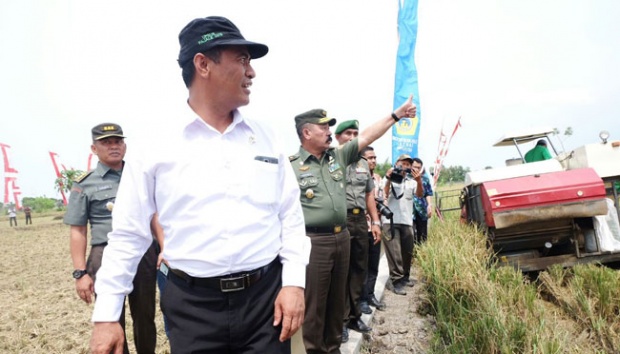 The Agriculture Ministry revealed that Indonesia is among 25 countries with top food sustainability index list released by Barilla Center for Food and Nutrition Foundation (BCFN) and the Economist Intelligent Unit (EIU). The list was released following a report on Global Food Security Index.

Amran refers to the two types of research released by the EIU. The research was based on 58 indicators in three aspects, such as sustainable agriculture, food loss and waste, and nutritional challenges. The top three performers are France, Japan, and Canada.

Indonesia occupies a middle rank in the food loss and waste category and nutritional challenges in its attempts to overcome food depreciation, micronutrients deficiency, excess nutrients and malnutrition, and the ability to purchase fresh foods.

Amran also mentioned a research conducted in June 2016 by the EIU together with DuPont, which ranked Indonesia 71st among 133 countries in the global food security index. The research measured essential problems regarding a country’s food affordability, availability, and quality.