Many consider durian a high-cholesterol fruit hence choose to avoid it at all costs. But this opinion is only a myth, according to a nutritionist at Pondok Indah Hospital, Dr. Diana Suganda SpGK. 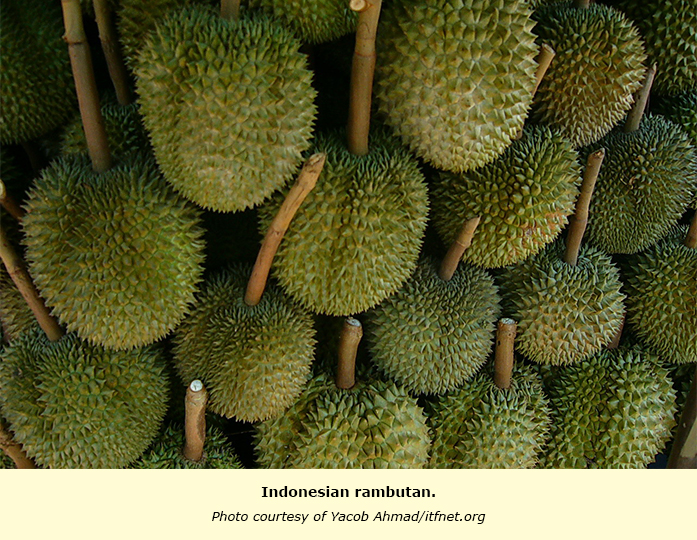 “[So] it’s not true, fruits do not contain cholesterol,” she added.

Besides being a good source of carbohydrates, fat, fiber and protein, Diana said durians are also full of nutrition and vitamins, such as vitamin C, potassium, tryptophan amino acid, folic acid, pantothenic acid, thiamine, riboflavin, niacin and vitamin B6.

Around 100 grams of durian could fulfill 32 percent of the daily vitamin C intake required by an adult, explained Diana. Durian also contains antioxidant compounds like caffeic acid, anthocyanin, and quercetin, as well as important minerals such as iron, calcium, magnesium, sodium, zinc and phosphorus.

However, because of its high-calorie content, Diana advised people to limit the amount of durian they consume. The safe amount that she suggested was 100 grams of durian flesh or around two small pieces of durian Medan for those who do not have health issues.

“But be careful when it comes to durian monthong that is large in size; one piece could weight between 200 and 300 grams. Just count the calories yourself,” she said.

Those who are trying to lose weight or have gastritis should also think twice before eating durian.

“Inside the stomach, the durian will undergo a fermentation process, resulting in high amounts of alcohol. Those who have gastritis or stomach inflammation should not consume it in large amounts.”