Jokowi: Indonesia Can Attain Food Self-Sufficiency in Next Four Years 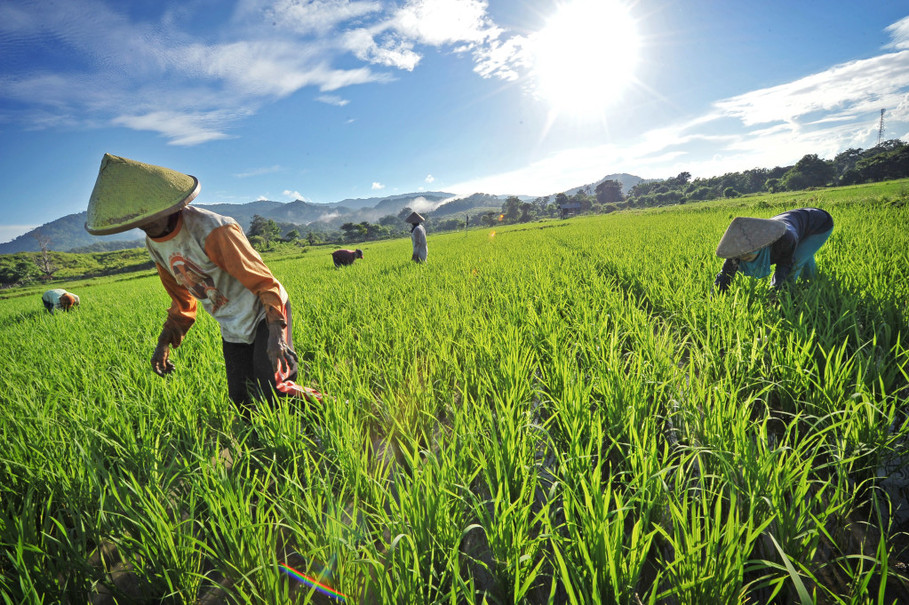 Jakarta. President Joko Widodo says he is optimistic Indonesia will reach self-sufficiency in food production in the next four years as the country has the resources to do so.

“The more I learn of the field conditions of our country, the more I’m convinced that in the next four or five years, we’ll be able to achieve the so-called food self-sufficiency, food security and food sovereignty,” Joko said in his opening speech for the Jakarta Food Security Summit 2015 at the Jakarta Convention Center on Thursday.

According to Joko, his confidence grew after many exchanges with Indonesian farmers and fishermen, who reported to him that their production or catches had been steadily increasing over the years.

“Some of the farmers said they used to produce only two [metric] tons [of farming products],” Joko said. “And then it became four tons, six tons and now eight tons. Some others said their production was only one-and-a-half tons, and now it has become three tons.”

“We’ve seen and heard about those multifold production increases. These are examples of that,” he added.

Joko said he believed that with support from the government and the private sector, the productive farming practices in some regions could be upscaled to a national level.

“After this I will talk to more farmers, prospective partners and Kadin [the Indonesian Chamber of Commerce and Industry],” the president said. “We can copy the [productive farming] practices and apply it nationwide. My feeling tells me [the upscaling] can be accomplished in just three or four years.”

Food security and resilience have been an issue for Indonesia for some time now; once a major rice exporter in Asia but is now relying quite heavily on rice imports to meet its people’s staple needs.

“Since the fall of the New Order, the government has consistently failed to fix the irrigation networks, while agricultural lands are shrinking due to conversion [to housing, etc]. Additionally, there has been no development of new varieties [of rice] for mass production,” Muslim said.

“The new administration’s commitment to developing agricultural infrastructure is good; the government has said they will keep building irrigation networks for the next two or three years. It will be even better of the agriculture minister is sacked if he’s unable to achieve the self-sufficiency targets.”

Muslim added though, that on the eve of full implementation of the Association of Southeast Asian Nations Economic Community, Indonesia’s agricultural sector definitely needed to do more if it wants its products to compete on par in the regional free-trade scheme, especially with those from Thailand and Vietnam — major rice exporters in the region.

Otherwise, Indonesia’s market will be flooded with imported staples and local farmers will be sidelined. 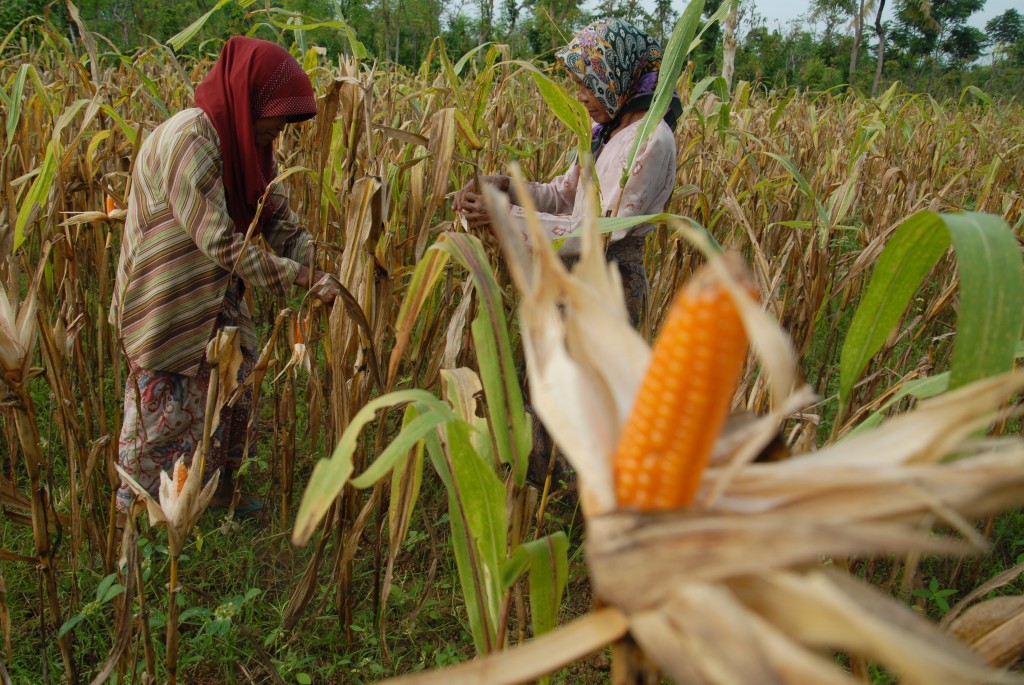 The president says that with support from the government and the private sector, the productive farming practices in some regions could be upscaled to a national level. (Antara Photo/Saiful Bahri)

Finance Minister Bambang Brodjonegoro said for the first time in Indonesian history, the amount by which food is subsidized, nearly matches that of fuel.

“The subsidy related to food accounts for Rp 55.6 trillion [$4.3 billion]. Today, the government is placing more emphasis on food self-sufficiency,” he said on Friday.

The government has recently scrapped subsidies for gasoline but still subsidizes diesel and liquid petroleum gas.

According to a government projection stated in the proposed state budget, the amount earmarked for fuel subsidies stands at Rp 56 trillion, a significant drop from the Rp 330 trillion last year.

Bambang said the food subsidies would be used to aid small farmers, allowing them access to fertilizers and seeds.

Aside from subsidies, the government is also opening access for farmers to acquire soft loans and insurance.

Joko and Vice President Jusuf Kalla on Friday met up with 102 district heads from the provinces of Banten, West, Central and East Java, Yogyakarta, Maluku and North Maluku to discuss Indonesia’s ambition to be self-sufficient in food production.

Joko said the food sector would be one of his administration’s priorities, stressing the importance of land reform, optimizing irrigation systems, increasing productivity and farmers’ welfare.

The president will also address issues such as the protection of natural resources, infrastructure and alternative sources of energy.