More Indonesians choosing to eat out than cook at home 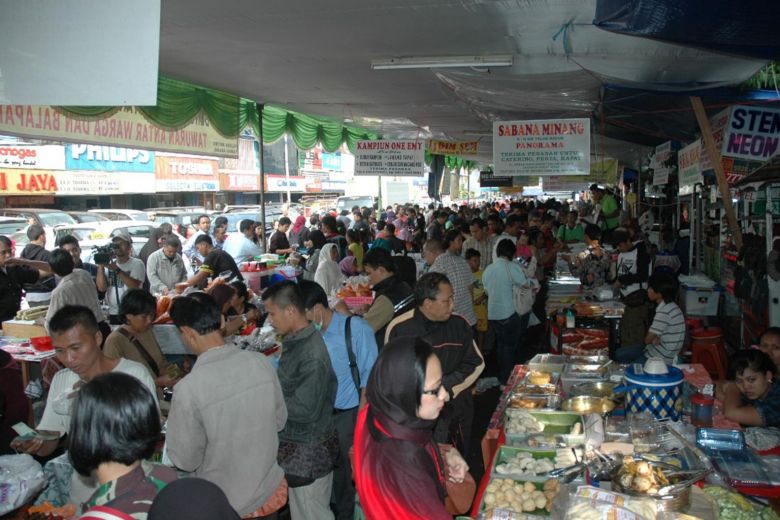 Mr Supriyono sat on a chair in a packed fast-food restaurant in the city of Ciputat, in Indonesia's Banten province, last Friday evening (Jan 25).

He had just finished work at the office and was tucking into a plate of steaming rice, hot fried chicken, a chicken burger and a glass of fresh mocha float atop a plastic tray in front of him.

For Mr Supriyono, this meal was the perfect way to end a long day at work. "I eat here at least twice a week. I really love their chicken. But most of the time I eat at the food stalls around my place or office," the 27-year-old said.

Like many workers in Jakarta, Mr Supriyono does not cook.

Although he has basic kitchen utensils in his rental home in Ciputat, he barely uses them to cook and relies instead on warteg (food stalls that serve Javanese food) and other kinds of fast food that can be easily found across the city.

"Cooking is too much for me. Buying cooked meals is faster and I do not need to clean the dishes afterward," he said.

According to Statistics Indonesia's (BPS) data on Indonesians' food expenditure, the portion spent on prepared food and beverages has increased from 29.6 percent in 2016 to 32.7 percent in 2017 and 34 percent in 2018.

Prepared food and beverages are defined as food not prepared at home and that can be directly consumed, including all kinds of fast food, packaged food or food from restaurants and food stalls.

Ms Siska Angeline, 30, and her husband in Surabaya, East Java, also feel out of place in the kitchen. "I have not cooked at all since we were married," she laughed, "I mean I go to work at 7am and arrive home, after teaching an English course, at 8pm so I don't have any energy to cook for my husband or me. We usually just go outside and eat."

Ms Siska said their favorite food was ayam penyet (a fried chicken dish), which they buy from a food stall on their way home. "If I miss home cooking, I can always go to a food stall that sells traditional homemade food that reminds me of my mum's cooking," she said.

These anecdotes are increasingly the rule, not the exception, with more and more people choosing to buy food rather than cook for themselves.

Indonesia Franchising and Licensing Society chairman Levita Supit said there had also been a rise in the number of food and beverage businesses in Indonesia.

"Food and beverage establishments are the most common franchise businesses in Indonesia," she said. "Time and practicality mean many choose to buy food outside rather than cook at home."

The Health Ministry's secretary-general Oscar Primadi has expressed concern about this trend, especially when vegetables and fruits account for less than 15 percent of average food expenditure.

"This, of course, makes a big contribution to the rise in non-communicable diseases," he said during a speech at an event to mark National Nutrition Day last Friday.

The 2018 Basic Health Survey revealed that the prevalence of Indonesian adults with weight problems has increased from 14.8 percent in 2013 to 21.8 percent in 2019. Obesity is often associated with many non-communicable diseases, including stroke and cardiovascular diseases.

But the chairman of Indonesia's Food and Nutrition Society, Dr Hardinsyah, who is also a professor of nutrition at the Bogor Institute of Agriculture (IPB), said there was still no scientific evidence to prove that eating out had an impact on obesity levels.

"Look at Singapore, they spend 54 percent of their food expenditure on eating outside. So it's more than what we spend... But their obesity rate is only 11 percent," Dr Hardinsyah said.

Another IPB nutrition professor, Dr Soekirman, said that "not all fast food is junk food", and advised people to choose their food wisely.

"Consuming fast food that is high in carbs, sugar and fat, with only a little amount of vitamins and minerals can cause obesity, especially when one doesn't do enough physical activity," he said.

"The traditional Indonesian diet is good, as it includes only a small amount of red meat. Our red meat consumption used to be low but not anymore; it is increasing. We should not eat like Western people, but we are going that way. This has to change. More fish and plant-sourced protein is better."