Ventilation in the poultry house makes a world of difference

About 60% of the poultry meat sector in Indonesia is integrated and in the hands of large players like CP Foods and Japfa Comfeed. In modern poultry facilities with good farm managers these companies are able to compete with producers all over the world. The other 40% of broilers are produced on small and medium sized independent farms, mainly in open house systems, without too much technology involved. The Indonesian government stimulates these smaller enterprises, but a lack of knowledge, together with difficulties in financing new investments results in only a slow improvement of production results. That is the main reason why the local government, together with the Dutch department of foreign affairs started a development programme. 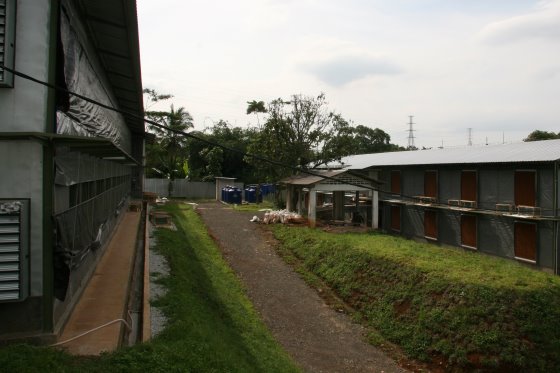 DIFS-live stands for Dutch – Indonesian programme on Food Security in Livestock, has the goal to develop practical solutions to guarantee a safe and sustainable food production and –at the same time- make sure independent farms are able to compete with the integrated operations. The project really comes to life at a demo farm, the Modern Broiler Learning Centre (MBLC). This farm shows that with a relative low level of investments, major improvements are within reach. Challenges such as heat stress, disease pressure and management conditions can be improved, with immediate positive consequences for profitability, animal- and farm performance. Poultry World decided to have a look for itself in the town of Bandung, together with senior researcher of Wageningen University, Rick van Emous.

Challenges of poultry production in Indonesia

Raising broilers in traditional open houses has many challenges. The houses are built with materials at hand, like bamboo and some tarps, and are all naturally ventilated.

Feeding is done manually from bagged feed and in the first week the young broilers are kept warm during the night with charcoal stoves and/or gas heaters. The quality of the day-old chick isn’t optimal, the feed is of inferior quality, disease pressure is high, water has a high bacterial count and management is often suboptimal. 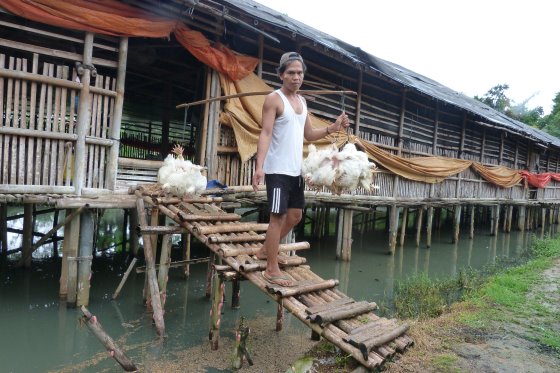 On top of that, the chicks are constantly subjected to heat stress, every day. This together leads to a mortality of up to 20%. The one proven remedy to keeping the birds alive is through the use of antibiotics. In feed antibiotics are still a standard in Indonesia. On top of that the chicks get regular extra treatments, starting immediately upon arrival, followed by a shuffle programme until a week prior to slaughter. Mr van Emous: “The inventory of the medicine cabinet tells you the whole story. This is a nightmare scenario when it comes to over-usage of antibiotics in relation to the possible negative side effects for human health and antibiotic resistance.” 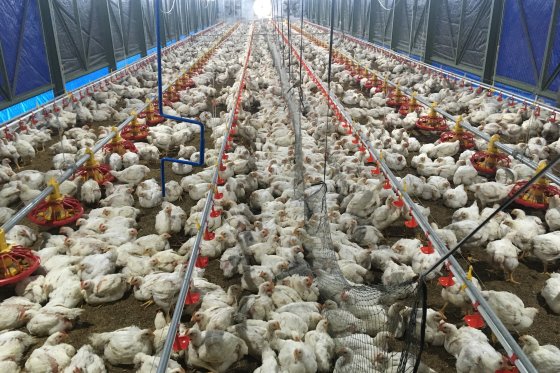 The contrast between the traditional poultry houses and the MBLC is huge. In the rolling hills outside of the city of Bandung local project partner PT Medion has built 2 brand new houses. They used steel instead of bamboo as the main building material, constructed a 2 story system, with 2 pens per floor.

With 15 chicks per square meter, the facility as a capacity of 16,000 birds. The houses are of the semi-closed type, the side walls are made of plastic curtain material. Ventilation is mechanical, there is a pad cooling system and the whole climate is monitored by a Sommen climate computer. One house has tunnel ventilation, the other cross ventilation, to test and learn from both systems. “The use of tarps for the side walls gives us the possibility to switch back to natural ventilation in case of power outages. There is a generator installed, but there is no guarantee that diesel fuel is available all the time. We experience power outages on an average of once or twice a week” said Mr van Emous.

On the complex there is a lot of attention paid on biosecurity, with cleaning and disinfection zones for both personnel and vehicles. Although, it is not always easy to work within standard procedures. During catching, which can stretch over a period of more than a week, several small trucks enter the facility. Besides movement and stress for the birds, the overall cleanliness of the vehicles and crates are far from ideal.

The evaluation of the first flock of Cobb 500 birds showed that although there were some start up issues, the overall performance was good. The chicks were loaded on an average live weight of 1.97 kilogrammes on day 32, with a feed conversion of 1,50. Mortality was just 3.9%, less than could be expected with the suboptimal day-old chicks that were supplied. During the first week the chicks performed exactly according the growth curve of Cobb and from day 14 onwards they outperformed by 5-8%. At the end of the flock the birds outperformed by 6%. “They could have done even better, but we had some software issues with the climate computer and we lacked frequency modulators on the fans. In the third week of production the chicks were too cold due to a high airspeed in the house. We temporarily fixed the problem by opening the side walls some 10cm.” 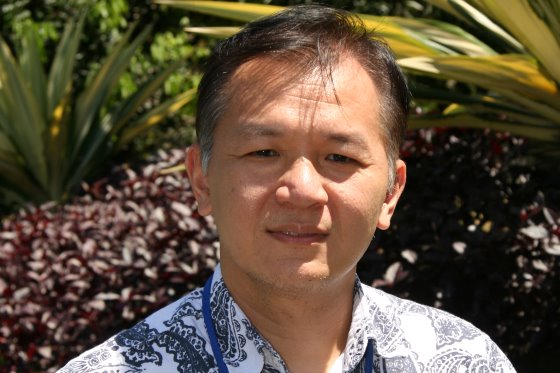 With the experience of the first flock Mr van Emous firmly believes that a step from 15 to 18 birds per square meter is feasible. “The fact that we are able to ventilate makes a world of difference. The birds in traditional houses do suffer immensely due to heat stress, that is something we prevent. To keep birds on a farm as the MBLC, with a management philosophy which incorporates all facets of poultry keeping, I am convinced that we can produce on or above breed standards, with a 70% reduction on antibiotic usage,” he stated. The intention of the project is not to promote a closed housing system, but to offer a total package solution that leads to a more profitable poultry operation. The experiences of the MBLC will be shared in courses and training sessions with local farmers.

Local project partner PT Medion sees a slow but irreversible transformation taking place in the Indonesian poultry meat production sector, from traditional to more modern housing systems. Manager Yirhan Sim: “10 years ago only 10% of the poultry houses were of the closed housing type. Nowadays that is 30%. Unfortunately it isn’t easy to invest in new houses at this moment in time. Banks are reluctant to finance more than 70% of the needed investments. The other 30% the farmers have to bring in, which is problematic because currently the farms are hardly making any money. Our project will prove that a modern poultry sector is profitable.” Mr Sim continues: “We want to take our poultry farms on a journey into the future. Profitability is key, but also trends in the reduction of antibiotics usage and animal health have a role to play. These themes aren’t exclusive to poultry farmers in more developed countries.”