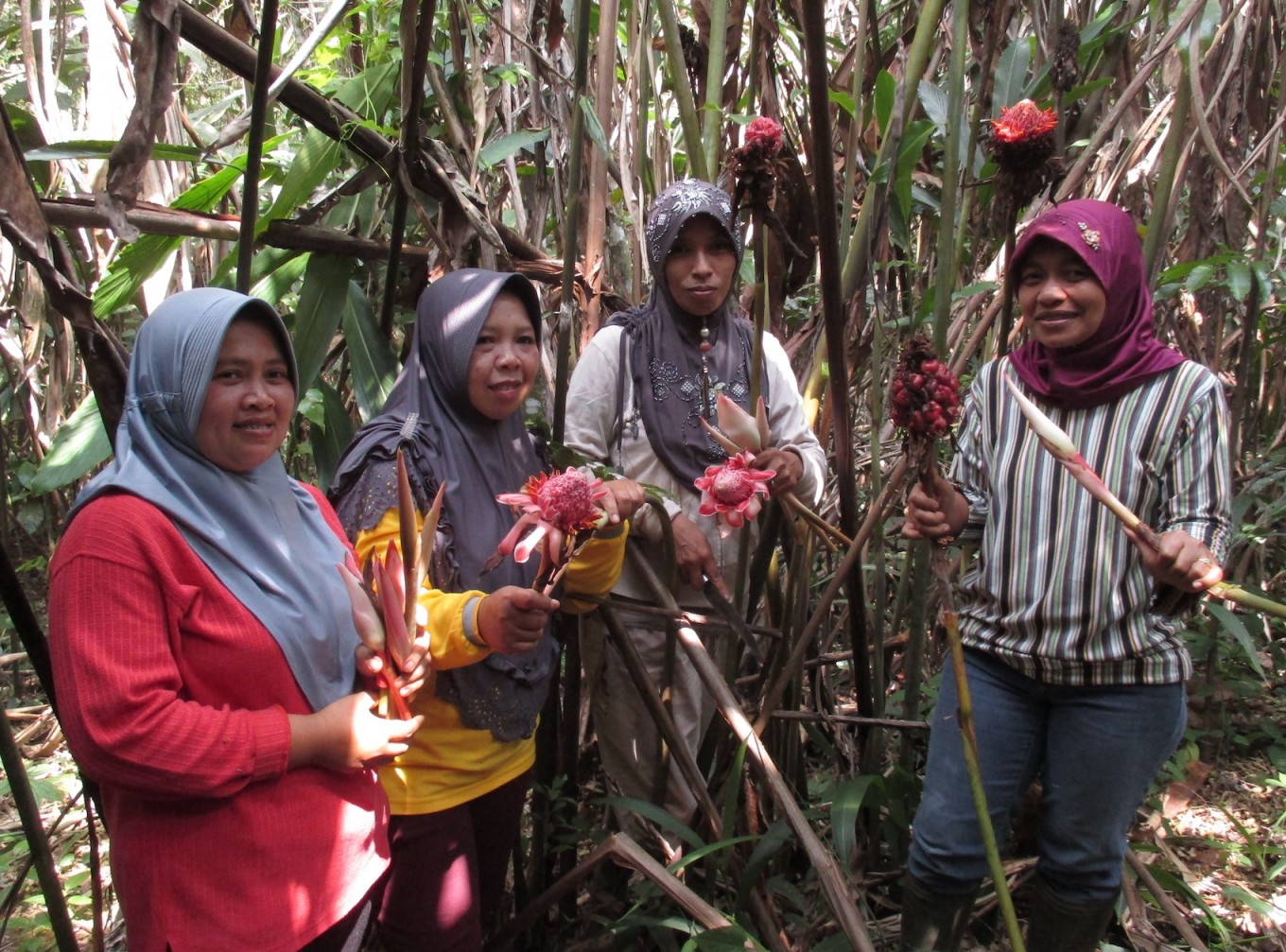 The four women – Purwani, Herawati, Liswanti, and Lisnawati – looked carefully through the bushes in the park’s traditional utilization zone in search of kecombrang (torch ginger).

“We will use today’s harvest as a side dish for the offering ceremony at the house of the group’s chairperson,” Lisnawati said as she cut a kecombrang flower from its stalk.

Side dishes made of kecombrang are served both for regular meals and for social and religious events.

“They are not only delicious but also good for your health,” said Lisnawati, adding that eating kecombrang regularly could help prevent cervical and breast cancer among women.

A 2011 study on kecombrang found the plant was a source of antioxidants.

According to Environment and Forestry Ministry data, as of the end of November 2019, 6,112 groups across Indonesia had the right to manage a total of 3.43 million ha of forests under the government’s social forestry program. KPPL Maju Bersama was among the first groups to receive such rights. The group and the TNKS center signed the partnership cooperation agreement in March 2019. 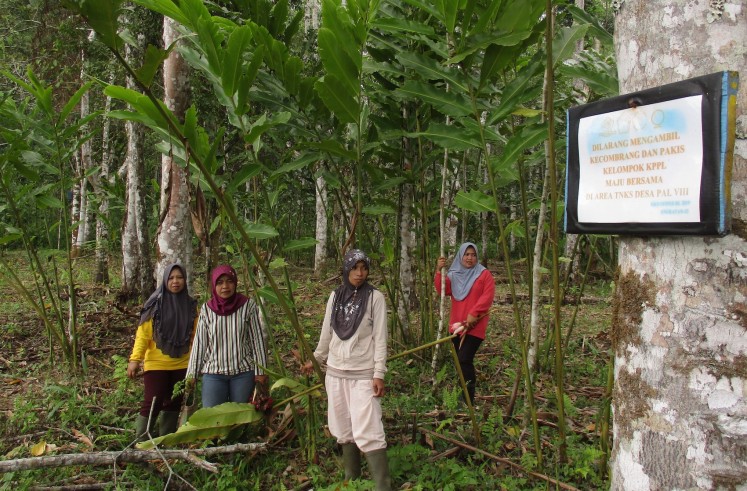 Members of farmers group Maju Bersama stand near a sign telling people to stay out of their cultivation area. (JP/Dedek Hendry)

As a conservation partner of the TNKS, KPPL Maju Bersama, which has 20 members, has the right to harvest and cultivate pakis (ferns) and kecombrang in the forest in the village and is also responsible for helping to preserve the area to build food security.

“The money earned will be distributed to all members of the group to meet their daily needs,” said Purwani.

She added that preserving the TNKS was important for the village’s food security, especially for farmers, as damage to the forests would affect the fertility and productivity of their plantations.

The success of KPPL Maju Bersama’s management of the forest saw the Asia Foundation invite the group’s members to speak and share their experience with others during a talk show on the role of women in social forestry for food security.

“Unfortunately, regional administrations have yet to realize the importance of such rights for women, especially in maintaining food security,” Margaretha said.