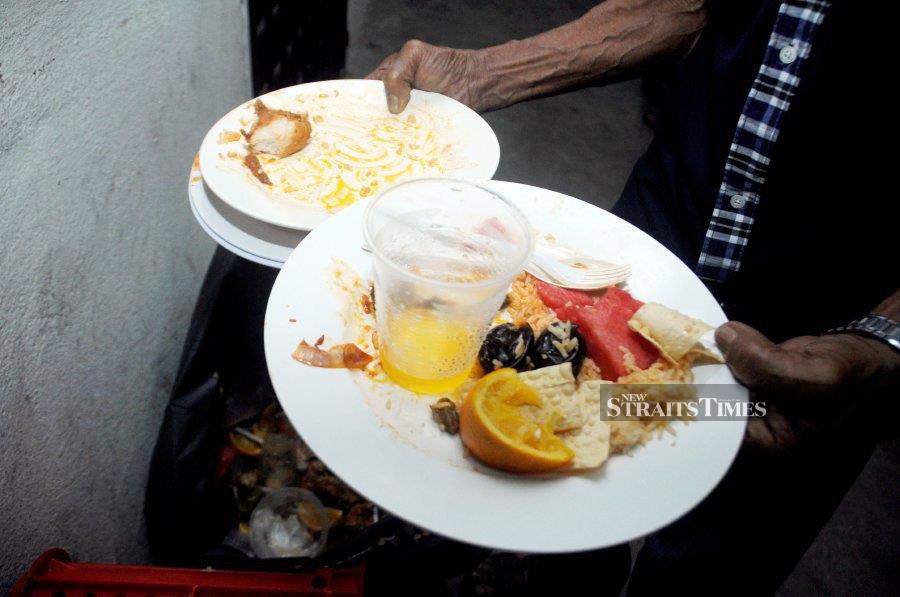 The growing threat of food waste to the economy, society and the environment has now led governments, businesses, NGOs, academics and the public to attach significant importance to its management. Food waste remains a global challenge as it contributes to climate change, loss of biodiversity, declining water quality, soil degradation, and food insecurity. Photo by HALIM SALLEH/NSTP

The growing threat of food waste to the economy, society and the environment has now led governments, businesses, NGOs, academics and the public to attach significant importance to its management. Food waste remains a global challenge as it contributes to climate change, loss of biodiversity, declining water quality, soil degradation, and food insecurity.

According to the Solid Waste Management and Public Cleansing Corporation, the staggering rate at which food waste increases in Malaysia could reach an amount, high enough to fill 16 Petronas Twin Towers by this year and currently generates around 16,688 tonnes of food waste daily, an amount which can easily feed approximately 2.2 million people thrice a day.

Generation of food waste occurs at different stages of its production, namely cultivation, processing, transportation, storage and distribution. However, the waste of plates represents another major source of food waste that is largely unconsidered. Plate waste refers to the amount of leftover portion of served food.

The level of consciousness about plate waste management is low among Malaysians, who are fond of eating outdoors. These poor eating habits and food waste behaviors can be a serious threat to the national food security and sustainable development goal.

Now, the main question arises: how can we reduce the waste of plates? Considering the association of food wastage with behavioral psychology, increasing the environmental awareness of young society could produce an ameliorating effect. However, another question may arise as to how this can be actualized.

In raising the environmental consciousness among the youth to reduce their habit of plate waste, environmental education should be considered with special emphasis on green attitudes, green consumption and pro-environmental behavior.

Environmental education should be introduced to all levels of learning institutions, ranging from primary to higher education and including religious schools. This is necessary given the fact that students represent the future leader of the nation and an integral part of society that will help build a sustainable nation. The establishment of environmental education in schools serves to raise the awareness of students on environmental conservation and educate them about food waste prevention.

As an instance, awareness campaigns such as "Love Food Hate Waste" in Canada have effectively reduced the rate of food waste in Metro Vancouver and the City of Toronto. Similarly, educational interventions helped minimize food waste in college cafeterias in the United States and Spain. Considering the aforementioned positive influence of educational intervention, it is high time that Malaysia incorporate "environmental education" courses into the curriculum for all disciplines in higher education.

Although subjects such as green economy, sustainable development and environmental economics are taught in social sciences at university level in addition to running a department of environmental sciences, these programs are largely theoretical and technical.

However, environmental education will offer a more general and practical knowledge that is applicable to all study fields to increase environmental awareness. Through the development of an appropriate environmental course by the university authorities, students can gain more knowledge about food waste prevention. Besides, it will avail students with the requisite knowledge and positive attitudes towards food waste separation and its recycling.

Students constitute the mainstay of Malaysia's future sustainability. Provision of proper education on plate waste management to students via institutions, parents and teachers can in turn facilitate mass orientation of the populace. As a result, the Malaysian environment, society and economy will be improved and protected from the pollution.

Therefore, implementing an appropriate program to minimize food waste on campus is necessary to accelerate the green initiatives. Besides, educational institutions should emphasize global environmental issues of food waste in their educational curriculum to effect positive behavior changes in students. In addition, policy makers are also advised to develop an appropriate policy to curb food waste in Malaysia.