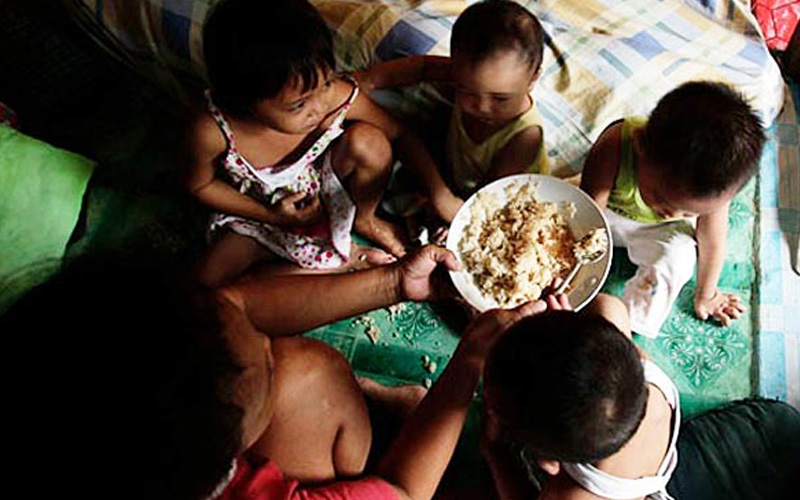 Malaysia has succeeded in reducing the incidence of poverty from 5.5% in 2000 to 0.4% in 2018 (Department of Statistics Malaysia 2018). While it has done remarkably well in reducing poverty, narrowing inequality and uplifting the standard of living of its citizens, there are emerging areas of concern that require urgent attention, particularly on the well-being of the children.

Of concern is the nutritional status of Malaysia’s citizens.

The Global Nutrition Report 2018 provided by the Independent Expert Group reported that Malaysia was among 41 countries of the 141 reported which had three burdens of malnutrition – obesity, stunting, and anemia.

In fact, Malaysia is the only member of Asean with all three burdens.

According to the report, Malaysia experienced the paradox of malnutrition: while children under five are increasingly stunted, more and more adults are overweight. Statistics show that Malaysia has the highest percentage of obesity in the Asean region.

A 2018 study by Unicef which collected data on 2,142 children living in low-cost flats across Kuala Lumpur, showed that 23% of children aged four are stunted, with 22% underweight and 32% wasting, or thinner than the average of their peers.

The combination of obesity, stunting, and anemia in Malaysia is of concern – and needs to be treated as such.

From the economics perspective, the triple burden of malnutrition has resulted in the poor and B40 being caught in the poverty-nutrition trap.

Nutritional deficiency indirectly reduces labor productivity by increasing susceptibility to diseases and infections. Without sufficient resources, the workers became trapped in the vicious cycle of the poverty-nutrition trap.

In Malaysia, the problem is further compounded by the rising cost of living which has an impact on consumption and expenditure.

The minimum wage of RM1,100 a month or the median household income of RM3,000 for the B40 can hardly cover basic needs, particularly adequate nutrition.

Studies have shown that good nutrition is critical in the first 1,000 days of life (from conception to a child’s second birthday) because it affects children’s physical and cognitive development and can have other lasting consequences, including improved academic performance, and higher productivity.

The World Bank (2005) reported that the economic benefits from improving nutrition are substantial: (a) for individuals they average at least 10% of lifetime earnings, and (b) for the country, they can make a difference of 2-3% of gross domestic product.

Given that nutrition programmes are fairly inexpensive and increase productivity and growth, their benefit-cost ratios can be as high as 200:1.

Clearly, Malaysia needs urgent action to address the root causes of the triple burden of malnutrition. It needs to invest in nutrition programmes particularly those which benefit the poor.

The World Bank and the Food and Agriculture Organisation recognized that good nutrition is a pre-condition for a healthy and productive life; malnutrition in all of its forms imposes high economic, social and human development costs on individuals, households, communities and countries.

The following are recommended in the short-term, as it is important to meet the immediate needs of vulnerable populations: