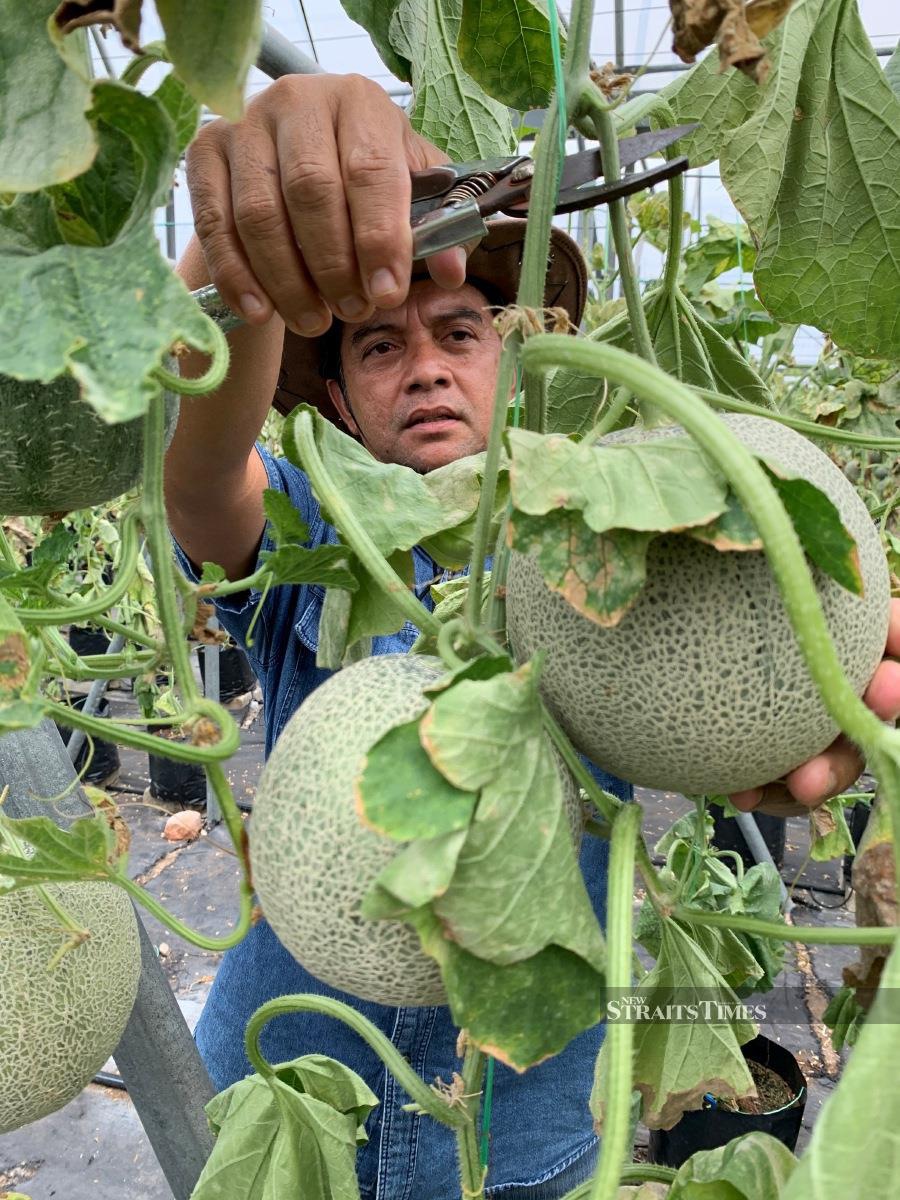 SIPPING his coffee in the comfort of his home in Bangi, Md Yazid Md Kassim takes out his phone and starts to tap on the screen with a smile.

No, he’s not looking at jokes on social media but at a farming tech app that helps his job of looking after his rock melon farm in Pulau Gadong, Melaka.

Md Yazid, a former mechanical engineer, has been rock melon farming for 18 months. What makes his farm different from others is the utilization of technology.

“The farming and agricultural industry relies a lot on muscle power, from ploughing and seeding to watering of the crops. Having to work under the hot sun does not appeal to the younger generation, who are so used to the comfort of air-conditioning,” says the 53-year-old farmer.

In the beginning, Md Yazid was wary about starting the farm but after discovering a fertigation solution by a company called VisconAgro, he was confident about his new venture.

The system allows farmers, like him, to manage crops with less help, requiring less time under the sun and having a less labor-intensive workload by fully automating the fertigation process.

With the system, Md Yazid only needs one employee to be at the farm.

The VisconAgro Precision Full Cycle fertigation system interface offers farmers full interactive real-time control of the fertigation process. It is accessible via mobile devices such as smartphones and tablets. 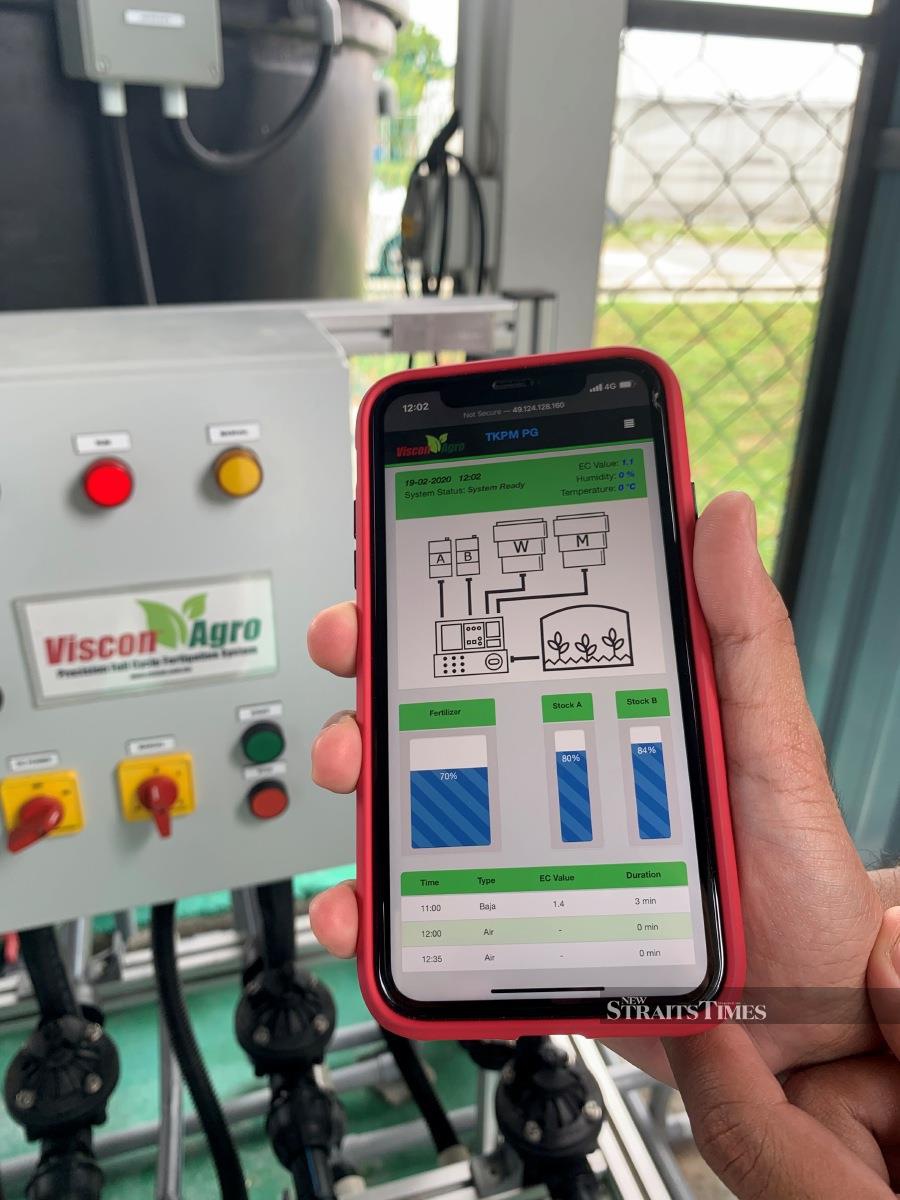 The system promotes precision farming, increasing productivity by improving fertilizer and water use as well as minimizing pollution.

According to Md Yazid, the system has made it easier for someone who has zero agriculture knowledge, like him, to manage a farm.

“One of the most laborious parts of being a farmer is watering and fertilizing crops. You cannot water and fertilize the crops all at once. It’s not a healthy way of growing them and results in a low-quality harvest.

“The system allows me to control both the watering and fertilizing processes of my rock melons regularly and change the schedule if I need to,” he says.

The seeding and germination of this rock melon take 10 days before the sprouts are moved to bigger polythene bags.

The melons can be grown on a wide range of soil types. Each plant needs to be spaced apart, which means the germinated seeds are put in different polythene bags.

“With the VisconAgro, no one in the team needs to hand-mix the fertilizer anymore. All I need to do is identify how much fertilizer is needed to be mixed with the water. Even my helper doesn’t need to worry about the irrigation system but just to check on it to make sure it works. If it doesn’t, I get notified too,” explains Md Yazid, whose farm produced six tonnes of rock melons on his last harvest. 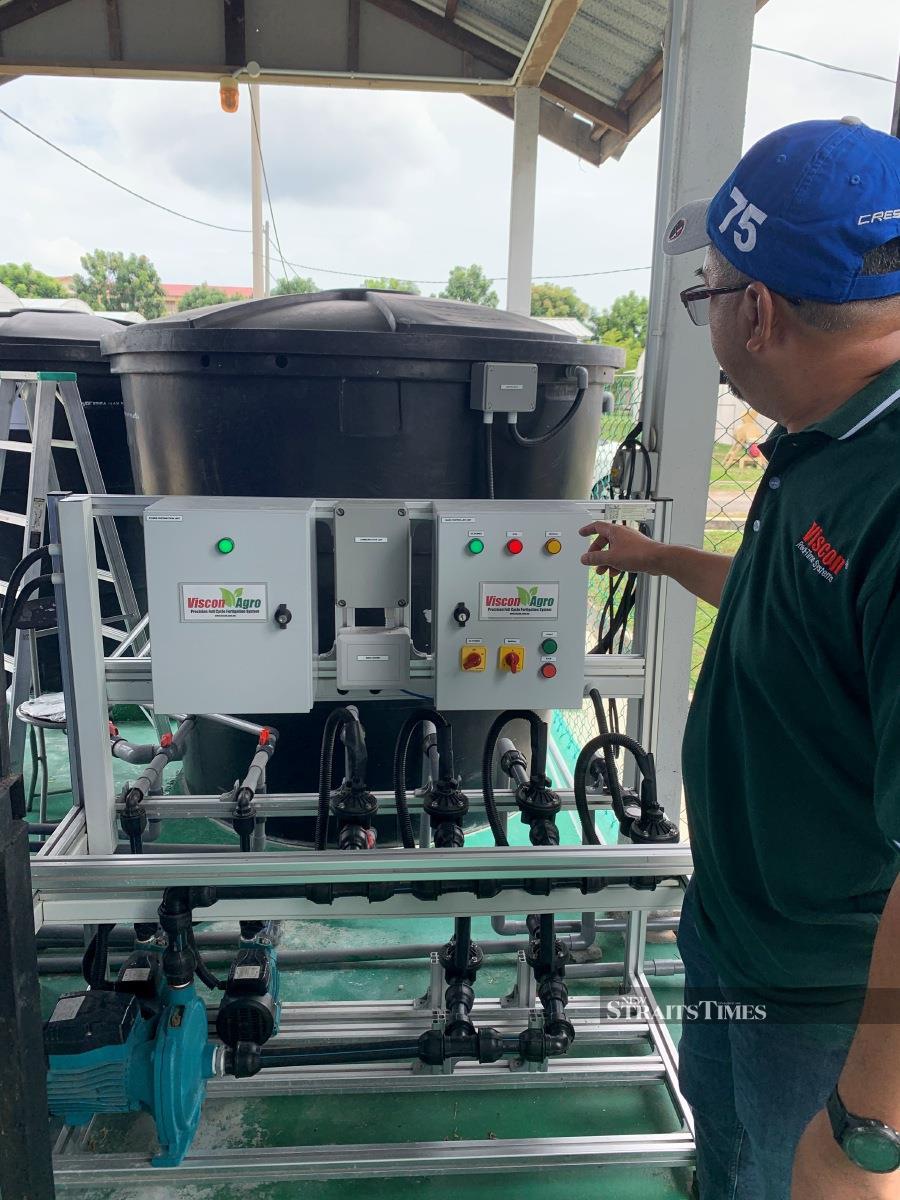 Fertigation is the process in which fertilizers are being applied with the irrigation water.

The most common fertigation approaches are the quantitative approach and the proportional approach.

The quantitative approach is where grower first decides how much fertilizer has to be applied which will then be delivered through the irrigation water.

The proportional approach is mostly used in soilless media and sandy soils.

Here, a defined quantity of fertilizer stock solution is injected into each unit of water flowing through the irrigation system.

Md Yazid says that in the VisconAgro Precision Full Cycle fertigation system, the app allows the grower to decide how much fertilizer is required for the different growing stages and define the quantity to be sent through the irrigation system. 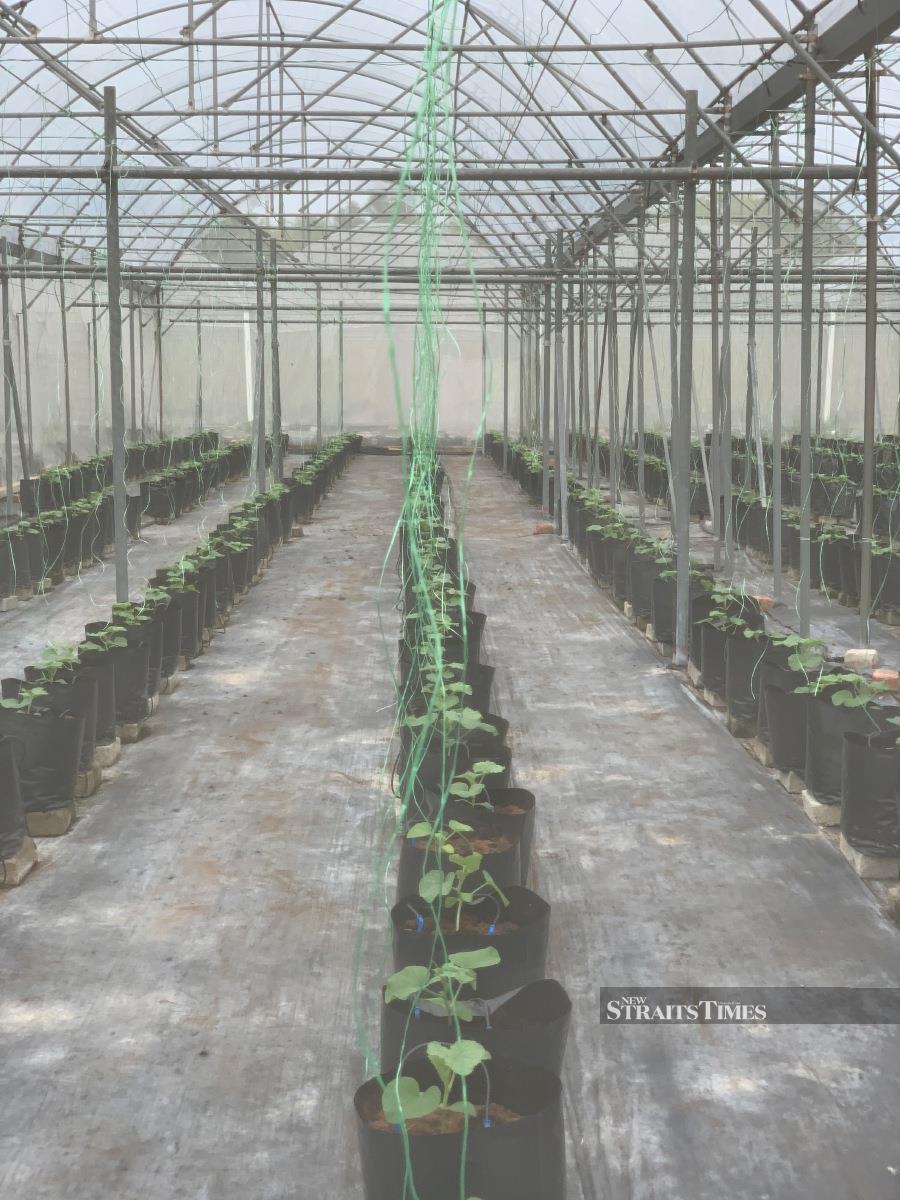 The system thus allows the user to program the fertigation routine throughout the lifecycle of the crop, which can be adjusted in real-time too.

In the case of drought or the rainy season, growers can manage how much water the crops will receive.

“With this daily crop management report, I can then decide on my next step, such as if I need to remain with the pre-programmed fertigation schedule or make changes,” says Md Yazid.

Internet of Things (IoT) is expected to be widely used across a variety of industries and the VisconAgro Precision Full Cycle fertigation system is a good example.

“We share the area with other farmers who also plant rock melons,” says Md Yazid.

The Central Melaka Agriculture Office, where the farms are located, welcomes farmers to apply for plots in its area for them to work on their crops with the ready facility, including germination area, private containers and allocated farming area.

“The good thing about sharing with other farmers is that we are able to compare (to some extent) resources. They have a higher number of helpers to help manage their farms compared to me,” says Md Yazid. 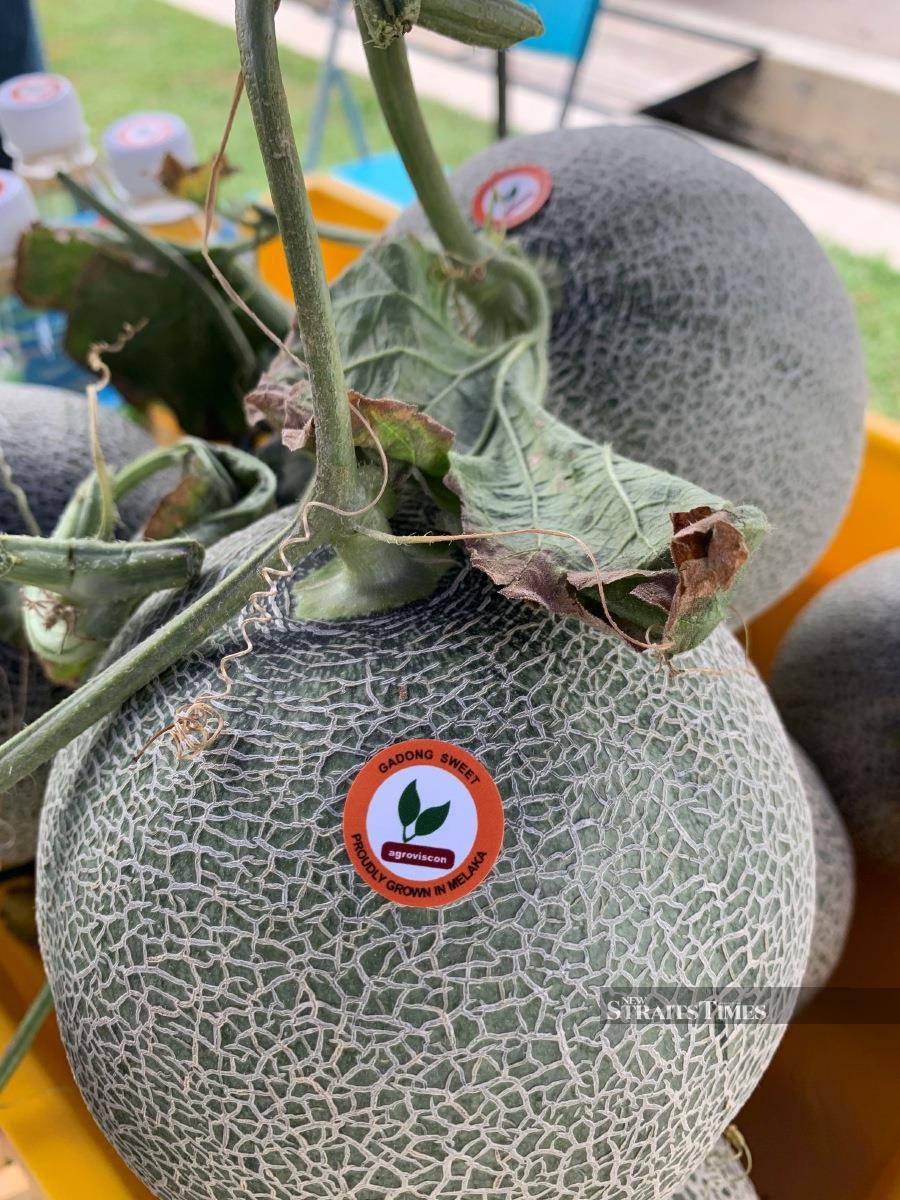 After 18 months starting the farm using the fertigation system, Md Yazid had five successful harvests with an average of 50 percent profit for each yield.

“It is still not easy but with the fertigation app, things are made easier. I only need to follow the instructions on the seeding packaging on the amount of fertilizer and amount of water to use. I just key the details in the system and it handles everything.

“It sounds like I’m a lazy farmer but in reality, it makes me a knowledgeable farmer. I have learned how much and how often the soil needs watering. It has to be moist and not soggy for the best outcome. I also know how much fertilizer to use. I bet I’m one of the few farmers who can tell how much fertilizer is used every cycle.

“The VisconAgro system brings joy to farming,” says a proud Md Yazid, who brands his melons as Gadong Sweet.