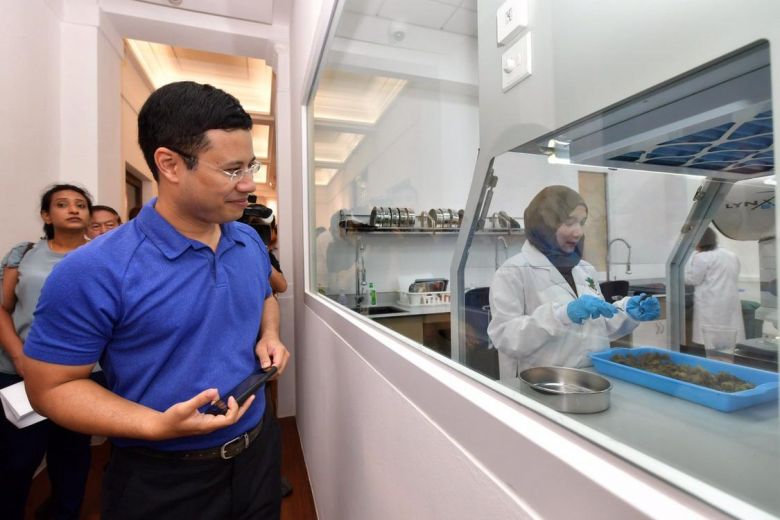 SINGAPORE - Much has been said about endangered animal species, but Singapore is now also doing its part for threatened plant species in South-east Asia with the opening of the country's first seed bank.

The bank - where seeds are stored and conserved - is located at the Botanic Gardens and was launched by the National Parks Board (NParks) on Saturday (July 13). The plan is to use the seeds for habitat restoration and species conservation projects in Singapore and the region.

The facility can store the seeds of up to 25,000 plant species - about half the total number of species in the region.

One such seed species that will be stored is the intsia palembanica or merbau. The lowland forest tree, which produces good quality timber, is considered critically endangered in Singapore.

The seed bank will also support research into the optimization of seed storage methods, in particular, those of tropical plants, since seed banks elsewhere generally focus on the seeds of temperate plants and crops.

At the opening, Mr Desmond Lee, Minister for Social and Family Development and Second Minister for National Development, said: "With increasing threats from diseases, natural disasters and climate change, the natural dispersal mechanisms of seeds may not be enough. It is thus timely for NParks to establish a seed bank as a form of insurance against such threats.

"This enhances the Gardens' role in botanical conservation, research, and education. It will also complement existing seed banking efforts for agriculture and forestry by research institutions globally, and ensure that we can conserve our natural heritage for the benefit of future generations." 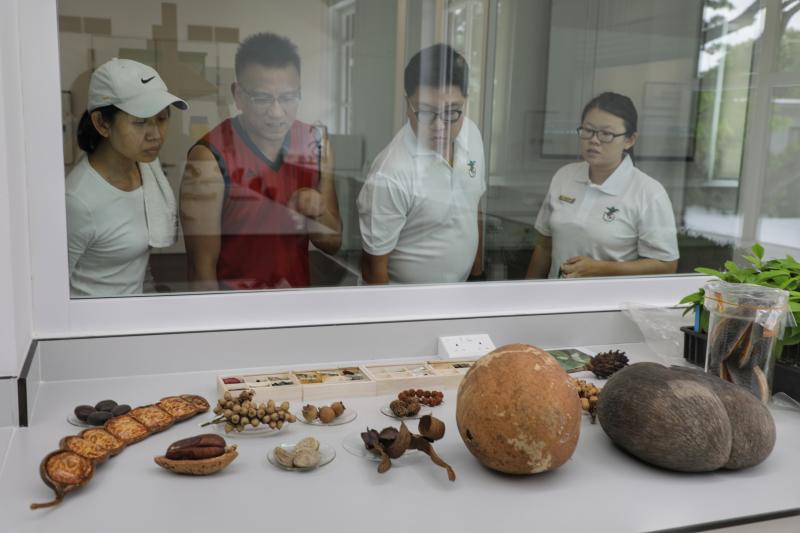 Over $1.17 million was raised to initiate the research and development of the seed bank. The Garden aims to raise another $5 million over the next 10 years for conservation, research and education efforts.

The seed conservation process at the new facility involves cleaning the seeds at a laboratory to remove debris and excess plant bulk. The seeds are then dried and stored in freezing conditions to ensure their longevity.

Some seed embryos, such as the Singapore durian seed which do not do well in dry and frozen conditions, are stored in liquid nitrogen at -196 degrees Celsius in a cryogenic laboratory.

NParks said the stored seeds will be regularly tested for their viability to eventually germinate and grow into mature plants in the future.

The seed bank is open free to the public as space for them to learn about the importance of seed storage for conservation, plant biodiversity, seed dispersal, and germination. NParks will also be organizing guided tours and public talks.

Centre director of the seed bank, NParks' Mr Ang Wee Foong, said: "In Singapore, many of our plant species are known to be critically endangered. In recent years we have discovered new species that were even thought to be extinct here. The seeds we conserve can be planted back here in the future."

The Botanic Gardens also launched its annual heritage festival and a book of poetry about nature edited by local poets Edwin Thumboo and Eric Tinsay Valles in conjunction with the seed bank's opening.