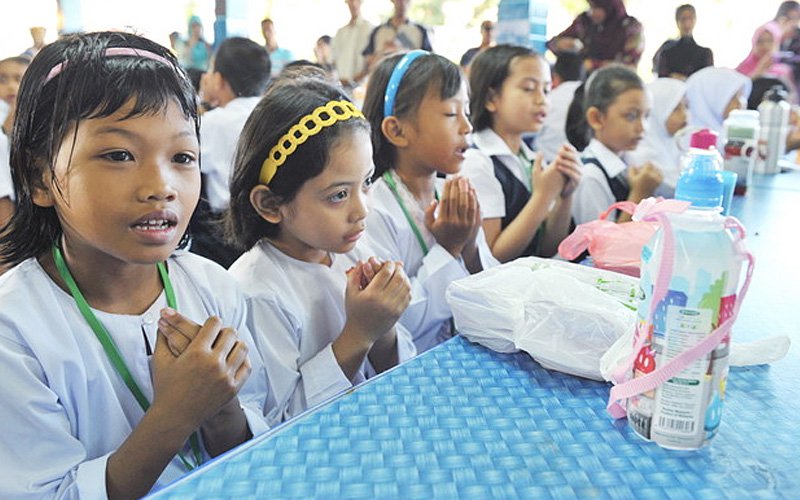 Malnutrition is a global plague. However, it is a more acute problem specifically in the Asian region. According to a report by the World Health Organisation (WHO), United Nations Children’s Fund (UNICEF) and World Bank Group, more than half of all stunted children, almost half of all overweight children and more than two-thirds of all wasted children live in the region.

Stunting is defined by the WHO as a failure to grow both, physically and cognitively due to chronic or recurrent malnutrition. Physically, stunted children are usually too short for their age. On the other hand, wasting, or acute malnutrition, is the result of recent rapid weight loss or the failure to gain weight. A child who is moderately or severely wasted has an increased risk of death.

Looking at Southeast Asia, the results are, unfortunately, not too surprising. 25.8 percent of children under five are stunted, while 8.4 percent and 7.2 percent of children under five are wasting and overweight, respectively. The 2017 report finds that stunting prevalence is highest in Cambodia, Lao PDR and Myanmar, as well as in parts of Indonesia and the Philippines.

It is a concern that these issues of malnutrition especially, stunted growth, is still prevalent in most countries in the region, even in those that are seen to be enjoying positive economic growth. In addition to poverty, other contributing factors include traditional diets that lack food with sufficient nutrients, poor infant feeding practices, inadequate clean water and sanitation, and limited agricultural crops. 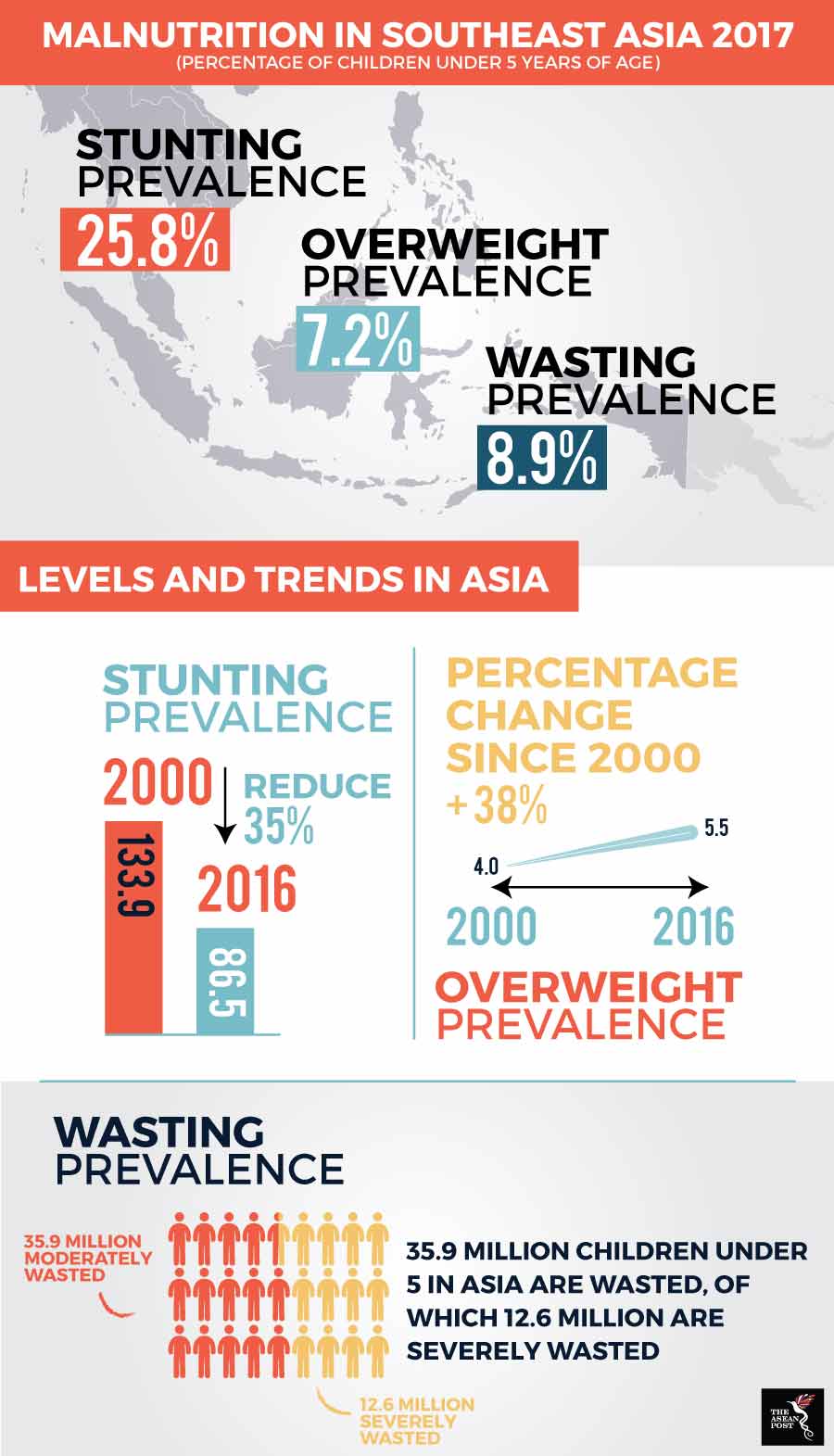 The effects of malnutrition

Malnutrition can affect the lives of children and indirectly, the economy of a nation. Children who are suffering from acute malnutrition will suffer from slow or poor brain development and develop cognitive damage. This would then affect their performance in school and in turn, limit their prospects in the job market when they enter the workforce. This of course, will affect the country’s economic growth.

Apart from the child itself, malnutrition also affects parents indirectly. Malnourished children get sick more often and this can reduce parents’ productivity as well as create a burden on a country’s health care system. It can also lead to non-communicable diseases, disability, and even death, further reducing the potential workforce.

According to a UNICEF Regional Report on Nutrition Security in ASEAN, the economic cost of non-communicable diseases in Indonesia alone – much of which is diet-related – is estimated at US$248 billion per year.

While handling the current drivers of hunger, ASEAN countries also need to keep an eye on changes to the climate. The State of Food Security and Nutrition in the World 2018 report published by the United Nations (UN) Food and Agriculture Organization (FAO) this week reported an increase in the prevalence of severely food insecure people in the region, increasing from 7.3 percent or 46 million people to 10.1 percent or 65.8 million people between 2014 and 2017. The trend, observed in three consecutive years, is largely driven by the adverse effects of climate conditions on food availability and prices.

How can ASEAN tackle this issue?

According to the UNICEF Regional Report on Nutrition Security in ASEAN, it is stated that these forms of malnutrition “can be prevented when sufficient political will enables the necessary coordinated actions: food security, adequate healthcare, clean water and sanitation, education on healthy choices and lifestyles, and poverty reduction.”

In 2015, all 10 ASEAN member states, along with 183 other countries worldwide, adopted the 2030 Agenda for Sustainable Development. The need for good nutrition is embedded in many of the Sustainable Development Goals (SDGs). These include SDGs related to hunger, health, education, water and sanitation, poverty, women’s empowerment, and sustainable management of natural resources.

Nutritional security and fortification require collaboration from all stakeholders in various sectors such as respective governments, schools, and civil society organizations to ensure one of the most fundamental rights of children - which is the right to food and nutrition – is guaranteed.

Some ways in which ASEAN can tackle this issue include regulating the marketing of non-nutritious foods such as junk food and sugary drinks to children and to restrict their availability in schools. Apart from that, governments should also implement and ensure that good hygiene and sanitation levels are met alongside investing more towards tackling the problem of malnutrition in the region. UNICEF also suggests that governments should actively monitor the situation of children that are most-at-risk.