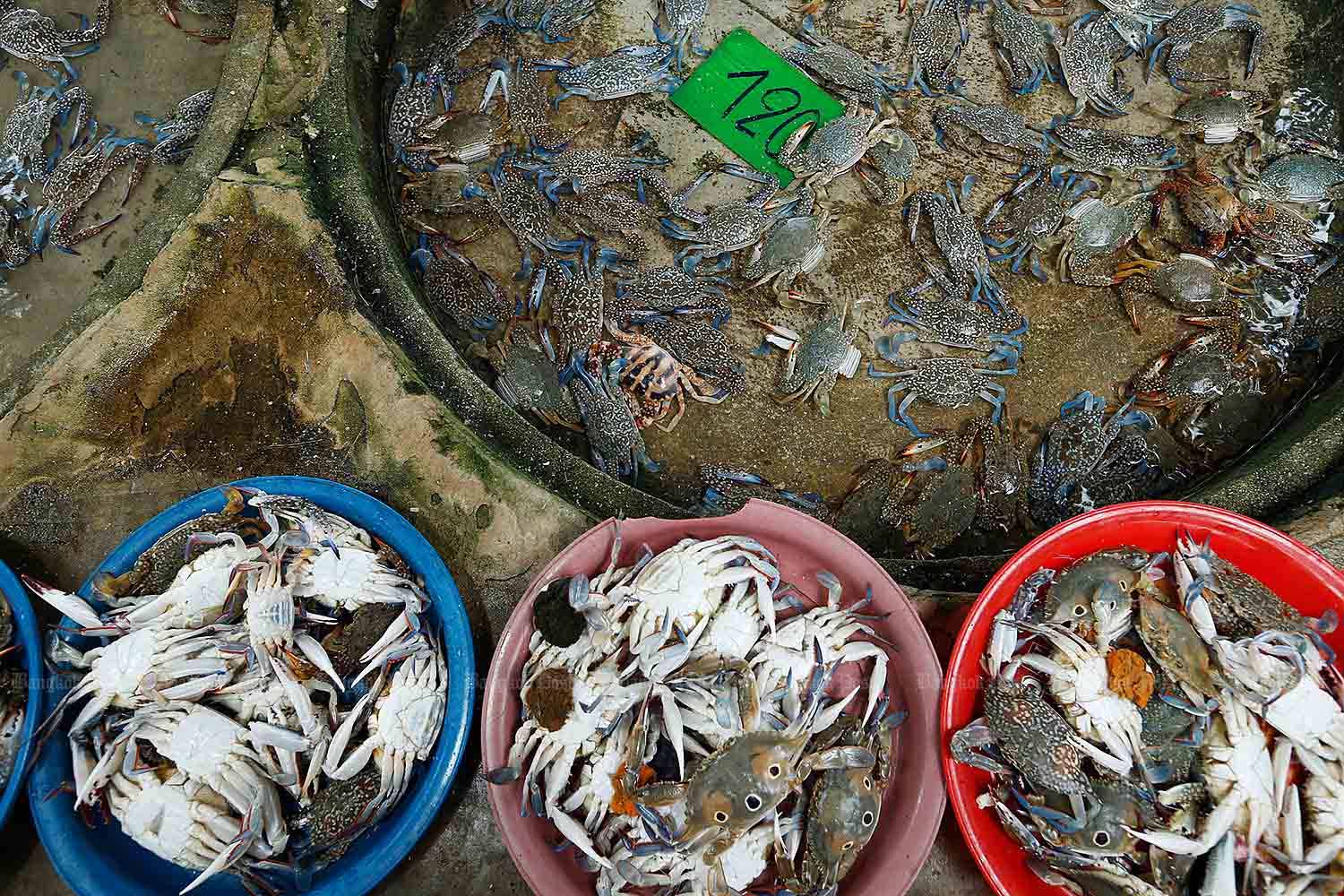 Microplastics are not just an environmental issue. The tiny pieces of synthetic material are also part of a worrying ongoing discussion about food safety not just in Thailand but the world over.

Weeraya Karnpanit, lecturer and researcher from Mahidol University's Institute of Nutrition, said that the health-conscious around the world have started to pay more attention to microplastics and nanoplastics, especially when it comes to the issue of seafood contamination.

"Amid the single-use-plastic ban and initiatives, a very large number of plastic products are still being used. During the decomposition process, these products break down and become tiny pieces of plastic like micro- and nanoplastics that get into the body of sea animals, which are later caught and become seafood," said Weeraya.

Seafood contamination has been a significant food-safety issue in Thailand since forever, given that the national demand for seafood has constantly been on the rise. The 2016 figures from the Department of Fisheries under the Ministry of Agriculture and Cooperatives revealed that an average Thai consumed around 33kg of seafood per year. From 2012-16, seafood consumption among Thais increased by almost 11%.

In 2015, research conducted by the Chulabhorn Research Institute was released revealing mangrove crabs in the upper Gulf of Thailand as being contaminated with heavy metals. From the perspective of Weeraya, who has carried out studies on seafood from various sources across the country, marine animals that flourish on the land-sea boundary are highly likely to be contaminated with dangerous chemicals.

"Sea creatures that live on the mangrove surface are an important environmental indicator because with rain and water washing away stuff as it flows, the soil is where they end up and is where all the chemicals and waste accumulates. Shellfish found in mangrove areas have a high likelihood of being contaminated, but that doesn't mean consumers should be overly paranoid," Weeraya said.

Based on past studies and thorough examination of seafood, the researcher admitted that all types of seafood samples collected were found to be contaminated with heavy metals because these chemical elements exist naturally. What matters, however, is whether or not the contamination level exceeds maximum limits to the point that it becomes a threat to health.

Seafood-related food hazards can be categorized into three groups, explained the researcher. First is physical hazard, which means foreign objects that are found in food and can be harmful, such as small rocks, dirt, fish hooks and other objects that can be dangerous. Physical hazards also include the contamination of micro- and nanoplastics.

Second is chemical hazards -- a danger caused by heavy metals and chemicals that contaminate seafood either naturally or on purpose.

"Certain activities produce chemicals and heavy metals naturally, such as incomplete combustion in metal industries. However, there are also other circumstances where chemicals are intentionally added to seafood, such as when farmers give antibiotics to shrimps or fishermen soak what they catch in formalin."

The third type of food hazard, added Weeraya, is biological hazards, which is when food is contaminated with microorganisms like germs, viruses, and worms.

Seafood available in Thailand has been found to be impacted by all kinds of food hazards, but Weeraya stressed that the level of chemical or microorganism contamination is still within the safety threshold.

"Despite these data, we still cannot make a generalization that seafood from around the country is dangerous," Weeraya stressed. "The severity of contamination depends largely on various factors, including the area from which samples were collected, were they close to industrial zones or heavily crowded neighborhoods, what are the transportation processes like, and all that. There are many factors that need to be taken into consideration when it comes to seafood contamination."

But even though the contamination level is within safety limits, it doesn't mean the excessive consumption of such contaminated seafood will do no harm.

Acute reactions caused by the contamination of bacteria in seafood result in diarrhea, she added. Pesticides and formalin are likely to lead to nausea, vomiting, and dizziness.

Although the overall level of chemical contamination in Thailand's seafood is still considered safe, consumers should never fail to take precautionary steps when it comes to consumption, Weeraya said. First and foremost, it is paramount to totally avoid eating raw seafood because the chances of bacteria and worm contamination are extremely high.

"Most types of bacteria can be destroyed by a temperature of over 75C. Heavy metals and antibiotics, on the other hand, are heat-resistant. Even a temperature of up to 150C cannot do anything to them."

Opting for a wide variety of diets is still a food-safety mantra.

"Eating different diets instead of sticking to only one as well as buying food from different places is a way to help prevent the accumulation of chemicals and other food hazards that could otherwise exist in the same food people eat every single day."

And to practise food safety, all parties involved should make sure they are on the same page.

"Food safety is everyone's business," Weeraya concluded. "Not just the government but everyone should jump on the bandwagon. While state agencies help monitor seafood contamination, educate farmers and business operators as well as checking pollutants and industrial-waste-management systems, academic institutes can play a part by spreading the word. Business operators and manufacturers should think carefully when using chemicals or do so appropriately. Transporters and sellers must not use life-threatening preservatives like formalin and insecticides. This way we all can help make food safety possible."