Why young professionals are taking up farming in Thailand

As Thailand's rural population ages, a new initiative is encouraging young professionals to return to the countryside and establish farming communities with modern technology. 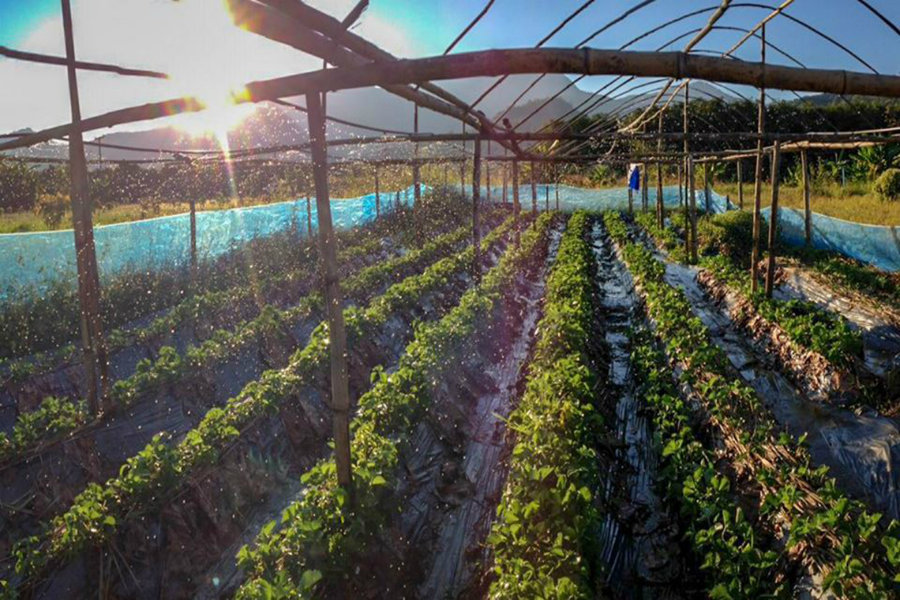 When asked why he resigned from an engineering career to start anew as a farmer, Pasawut “Jack” Roongrasmi simply replies, “Because I wasn’t happy.”

Dozens of young men and women in Thailand are turning away from the modern comforts of big cities, determined to make a self-sufficient life for themselves through agriculture. To help them, a grassroots network of experienced farmers has developed a smart agricultural community called Dare to Return, assisting the youngsters in setting up their farms with modern and sustainable methods.

“I went through all kinds of training, but I wasn’t able to build upon what I had,” Mr. Roongrasmi says. “The training I got from the Dare To Return initiative opened a whole new dimension for me. I was able to learn from those who had experience working and living a better life, and little by little I was able to transform myself.”

The Dare To Return initiative is a collaborative effort to empower a new generation of self-sufficient farmers in Thailand, at a time when rural populations are aging. According to the Thai National Economic and Social Development Board, the number of people over 60 living in the countryside rose to more than 11 million in 2017 – or 17 percent of the total population.

The network aims to encourage young people who emigrated to the cities to return and develop their rural hometowns with innovative farming technologies. They believe agriculture is a vector of sustainability and resilience that can provide a long-term foundation for a society ready to adopt technological change. Through mutual assistance, community learning, and self-transformation, they hope to bridge the gap between old and new generations and build the basis for a more collaborative society, improving the quality of life for all.

“Once I internalized the fact that I am a farmer, I found that it’s a much better life than that of a salaried worker. I’ve gone further than I ever thought I would. Agriculture works beautifully when it becomes a state of mind, focused on doing what is actually feasible,” Roongrasmi says.

He says he is happy with his farm in Chiang Mai’s Mae Rim rural district, where he uses automatic irrigation and electrical supply systems to grow bromeliad plants for export. He is also taking classes at Maejo University in Chiang Mai, studying the optimization of light for plants.

Purich Singkharaj, another young Thai farmer, has a horticulture degree from Chiang Mai University. Born into a family of farmers, he chose his career path as a journey of self-discovery, among other reasons.

“After graduating, I used to work six days a week, doing overtime every day, until the company sent me to Nigeria for three years,” he says, noting that the trip gave him the chance to think about what he really wanted from life. “I realized that I was wasting my time and that I should start my own farming operation while I still had the strength.”

Two years after returning to Thailand, he decided to open a homestay guesthouse. Visitors could use the land surrounding the house to grow onions, rice, and organic strawberries.

“My return to Thailand coincided with an economic recession. I had zero capital apart from my chickens and my plants,” he recalls. “My income came from day-to-day product sales. But I had time to pursue my interests in art and music, unlike when I was working at the company. I like this version of me better.”

Aside from owning and running the Innkham Homestay and producing organic chrysanthemums and strawberries, Mr. Singkharaj organizes one of the Dare to Return networks of new-generation farmers. He also helps care for orange and lychee orchards on several acres of family-owned land in Chiang Mai.

Another young Thai farmer, Duangjai Sirijai holds a bachelor’s degree in business administration and lives in her family home in Chiang Mai’s Doi Tao rural district. She worked in Chiang Mai for seven years before transferring to Bangkok. But her life changed when her parents fell ill, forcing her to return to her hometown.

Because the sandy soil of her land is particularly suitable for growing roots and tubers, Sirijai turned to permaculture farming methods. She prepped the soil for four months, growing groundnuts, then cultivating Japanese mountain yams and onions. Her agricultural activity is small-scale and focuses on quality, she says.

Today, Sirijai owns two longan orchards, which she harvests in and out of season. The first has 130 trees on 2.7 acres, while the second has 60 trees on 1.2 acres.

Her farming activities not only provide for her family of six but also help others in the community learn how to develop their own operations. She makes some of her land available to the Doi Tao Agricultural Learning Center, where she teaches agriculture.

Sirijai’s determination has inspired a whole network of Dare to Return farmers who are now fully integrated into local communities and organizations.