The state and food security discourses of Indonesia: feeding the bangsa 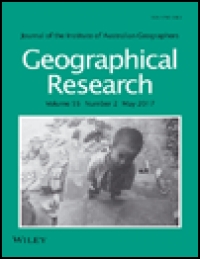 This paper examines the ways in which discourses of food security and food sovereignty are articulated in Indonesia, exploring their emergence within particular historical episodes and considering how this change has informed their current deployment by state-based actors. Looking first to the wider global discourses that encompass perspectives on food security and food sovereignty, this paper attempts to map a specifically Indonesian perspective on ‘food security’ (ketahanan pangan), and its relationship with ‘food sovereignty’ (kedaulatan pangan). Kedaulatan pangan emerges as a fundamentally endogenous political construct in Indonesia; that is, only marginally related to the broader global discourses of food sovereignty as espoused by organisations such as La Via Campesina. As presented by the Indonesian state, kedaulatan panganis not oppositional to ketahanan pangan, as sometimes is portrayed elsewhere, but should instead be understood primarily as a rhetorical device to strengthen the role and function of the state and to reinforce existing associations between food security, state control, and national scale food self-sufficiency. The Indonesian notion of kedaulatan pangan responds primarily to the scalar notion of feeding the bangsa, the abstract Indonesian word for ‘the nation’. The dominant discourse has been embraced and projected by political actors to further vested interests and also appears to be contributing to policy interventions with negative food security outcomes for some of Indonesia's most vulnerable individuals.