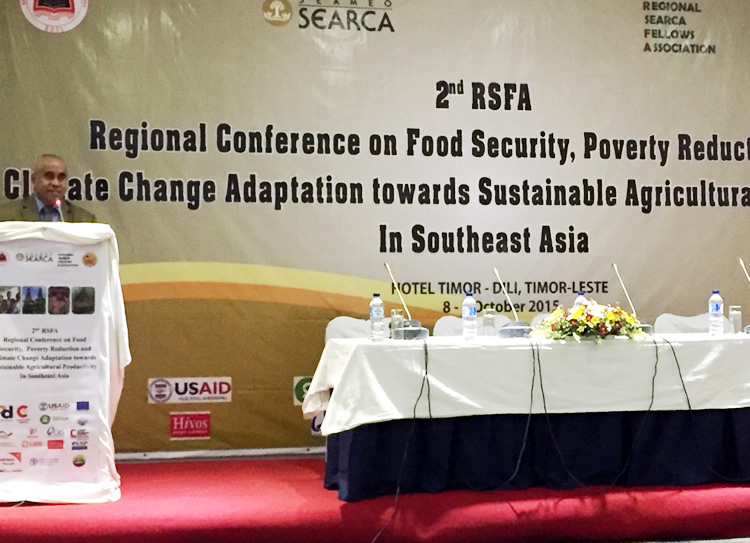 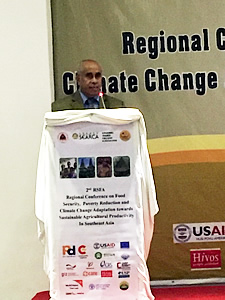 The keynote speech of the Minister of Agriculture and Forestry of Timor Leste, His Excellency Estanislau Alexio da Silva, opened the two-day conference attended by more than 120 local and international participants. Minister Da Silva, who also served as Prime Minister of Timor after their independence in 2002, called for a more integrated approach in addressing agriculture and reminded the government institutions and non-government organizations that the issue of food security is beyond lip service. Thus, politicians and NGO's must ensure that everyone should be given the same opportunity for education, food, and health. He also stressed that the Ministry is now promoting young agriculturist as one of its priorities, in order to attract the youth to engage in agriculture. 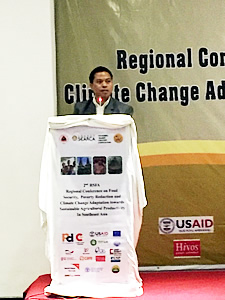 Meanwhile, Dr. Acacio Cardoso Amaral, Universidade Nacional Timor Lorosae Dean of the Faculty of Agriculture and Country Representative of Timor Leste to the SEARCA Governing Board, underscored the constructive partnership of SEARCA and the Timor government. Many of the former SEARCA scholars now hold key positions in the government and are key to developing the food security framework of the country.

The newly appointed Philippine Ambassador to Timor Leste, Her Excellency Evelyn Austria-Garcia and Malaysian Ambassador Tajul Mohammad were among the esteemed guests of the confab.

The conference was sponsored by the Ministry of Agriculture and Forestry of Timor and SEARCA, and supported by 21 international non-government organizations including the Food and Agriculture Organization, European Union, USAID and GIZ.