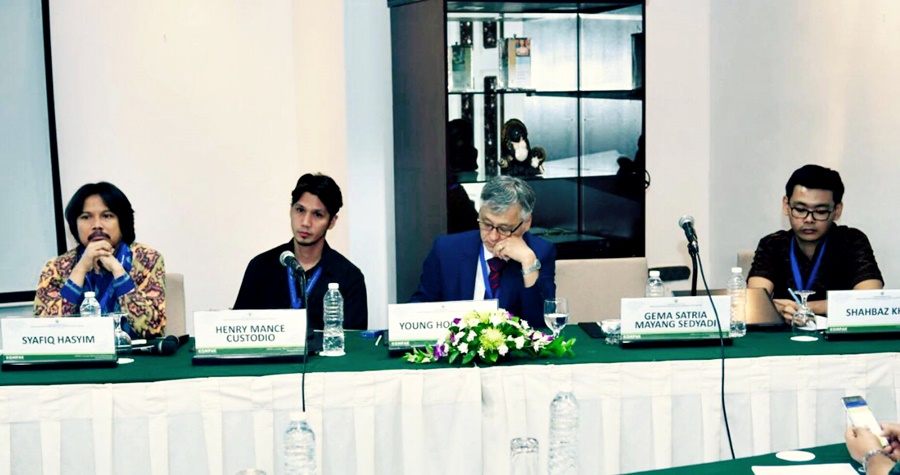 LOS BAÑOS, Laguna, Philippines. The Southeast Asian Regional Center for Graduate Study and Research in Agriculture (SEARCA) was invited by the Indonesia Ministry of Villages, Disadvantaged Regions, and Transmigration to present its major accomplishments and implementation strategies in community development at the 2017 Village Development Forum themed Representing the Village: Democracy, Autonomy, and Prosperity. This was held at the Sari Pan Pacific Hotel in Jakarta, Indonesia on 24-25 August 2017.

With the possibility of partnering with the Indonesian government for its transmigration and community development initiatives, SEARCA's overall theme and thrusts over the past five decades were highlighted, which evolved from merely agricultural productivity-focused to community development, rural development, gender and development, agro-industrialization, agribusiness, natural resource management, and agricultural competitiveness. Specifically, the paper titled "Rural and Community Development towards Food Security and Poverty Alleviation: The SEARCA Experience"developed by SEARCA, was presented. The paper discussed the defining elements and strategic thrusts of the SEARCA ISARD Model and how these were operationalized via effective implementation of community development projects. It also described how the SEARCA model was applied in various forms and context within the region.

The key messages that SEARCA imparted include the following: (1) there is no one-size-fits-all in Community Development (CD), especially in incentivizing people to stay in or migrate to rural communities; and (2) thinking global, while pursuing South-South cooperation in developing agricultural communities is doable, for as long as the basic ingredients are there. SEARCA asserts that the community must be organized to focus on their needs; must participate and have a sense of ownership of the CD initiative; must be capacitated, empowered and be taught to help themselves; and must be linked to national government agencies, local governments, and education and research institutions for technical assistance and support services.

The Village Development Forum's opening program was held at the Presidential Palace in Jakarta, which was attended by Indonesian Vice President H. Muhammad Jusuf Kalla, as well as Eko Putro Sandjojo and Ahmad Erani Yustika, Minister and Secretary General, respectively, of the Ministry of Villages, Development of Disadvantaged Region, and Transmigration. Representatives from foreign embassies in Indonesia, other Indonesian government ministries, and international organizations and academic institutions from Southeast Asia were also in attendance. Mr. Henry M. Custodio, Program Specialist for Research and Development presented the paper and represented SEARCA in related activities in the forum.