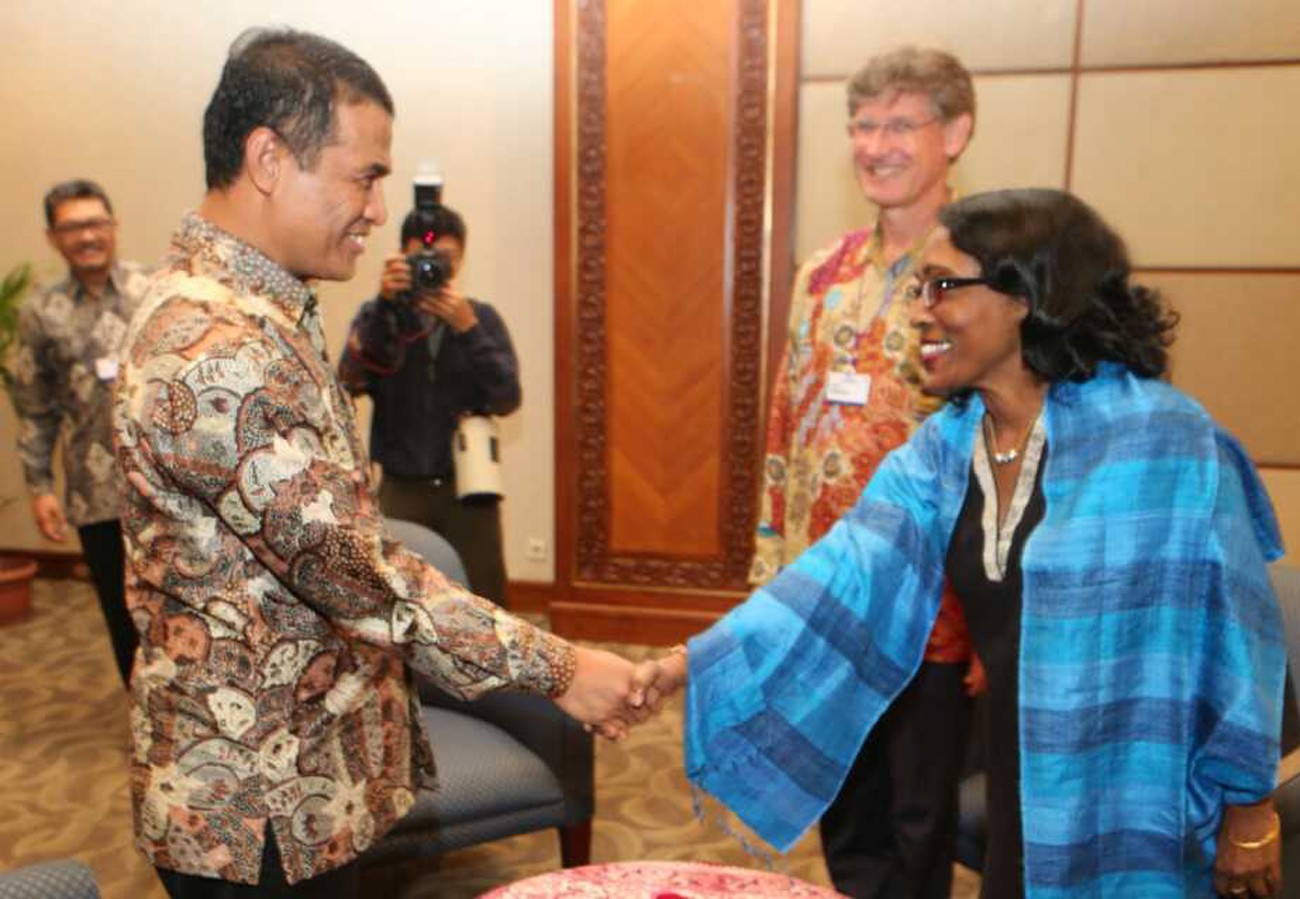 Assistant Director-General and FAO Regional Representative for Asia and the Pacific Kundhavi Kadiresan has expressed her appreciation of the implementation of agriculture insurance by the Indonesian government, which is rarely implemented in other countries.

As stated in a press statement issued by the Agriculture Ministry on Monday, Kadiresan said that based on the experience of other countries, it was not easy to implement agriculture insurance, particularly crop insurance.

She made the statement when she met with Agriculture Minister Andi Amran Sulaiman on the sidelines of the fourth Jakarta Food Security Summit (JFSS-4) at the Jakarta Convention Center, recently.

Initially, Amran told Kadiresan that agriculture insurance was part of the Special Efforts in Agriculture (Upsus) program introduced by the government to try to encourage farmers to increase their production, particularly of rice.

Other efforts include the elimination of barriers in agricultural development, infrastructure improvement, strengthening the downstream agriculture industry and shortening the supply chains for agricultural commodities, Amran added.

Kadiresan called on the Indonesian government to promote the use of organic fertilizer and become a promoter of low external input sustainable agriculture (LEISA), an agriculture program that optimizes local resources, promoted by the organization.

During the meeting, the FAO official also invited Minister Amran to take part in the 34th Asia and the Pacific Regional Conference (APRC) in Fiji from April 9 to 13.

Meanwhile, Amran told his guest that Indonesian production of rice and other agricultural products had increased significantly in the last ten years, with the estimated value at US$27.08 billion.