Hidden gems of the agriculture industry 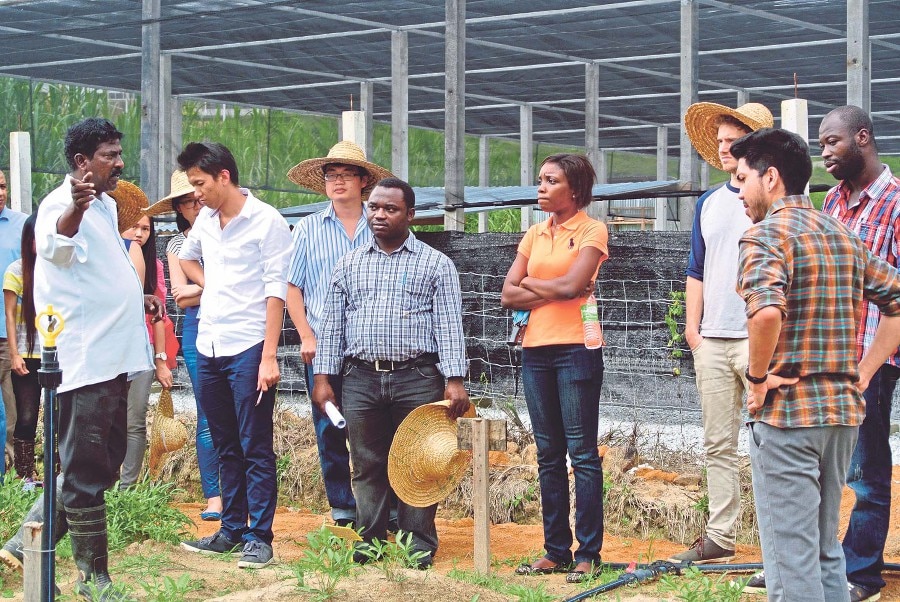 The term “underutilized crops” may not be familiar. But it holds the key to the future of agriculture, where biodiversity can be developed into new crops, new products, and new approaches to ensure food security.

Underutilised crops are grown by local communities and have significant cultural and traditional value.

However, they have yet to be studied and conserved thoroughly. And because of better profits, communities will be motivated to cultivate and consume main crops, leading to the former’s neglect and disappearance.

Dr Maysoun Mustafa, a senior manager of research strategy in Crops For the Future (CFF), said underutilized crops held great potential in increasing the diversity of farms, which served as a strong buffer against pests, diseases and the impact of climate change.

“Underutilized crops have a history of being cultivated in environments, soils or seasons that are not suitable for main crops. Moreover, they are nutrient-dense and can contribute to our economy and health, besides playing many roles in agriculture,” she said

CFF, which is based in Semenyih, Selangor, is an international research center dedicated to harnessing the potential of underutilized crops for food and non-food uses.

It has organized several academic initiatives, and one of them is the Crops For the Future-University of Nottingham Malaysia Campus Doctoral Training Partnership (CFF-UNMC DTP), where Maysoun is the coordinator.

“Supporting CFF’s research of underutilized crops through programmes such as DTP allows us to develop solutions to challenges faced by agricultural systems.

“By expanding the portfolio of crops that we study, we can encourage a wider adoption of these crops to increase productivity and resilience in farming, as well as improving the quality and diversity of the food we eat.”

The CFF-UNMC DTP programme began in 2013 and has attracted 49 PhD and Master studentships (Studentship is a British term for a postgraduate scholarship). To date, 21 students have graduated from the programme.

Locals make up one-third of the students, while the rest are foreigners coming from 16 countries across Asia, Africa, Europe, and South America. The studentship activities focus on CFF’s research value chain.

“Our students come from three faculties at the University of Nottingham Malaysia Campus ― the Faculty of Science, Faculty of Engineering, and Faculty of Arts and Social Sciences.

“Their research projects have collectively addressed the multifaceted challenges of diversifying agriculture that CFF is trying to promote. We have had projects that improved drought tolerance and pollination of underutilized crops, projects that looked at their nutritional value with novel food production, and ones that have produced biofuel.

“These research involve different disciplines, but all work towards the goal of agricultural diversification,” said Maysoun.

She said the studentships had contributed in the drive to develop food security and coping with the effects of climate change, as well as producing novel science.

“Our students have more than 50 publications, and they have been sharing their research internationally at conferences and symposiums.”

Maysoun said the programme currently had four PhD students, who were supported by a grant from the International Treaty on Plant Genetic Resources for Food and Agriculture.

The grant, worth US$500,000 (RM2 million), is for carrying out research into the cultivation of bambara groundnuts in Nigeria, Ghana, Indonesia, and Malaysia for three years.

The groundnuts originate from West Africa and are grown by the Bambara community in Mali, Guinea, Burkina Faso and Senegal.

“A CFF-UNMC DTP student is assigned to each country, and he is involved in multi-regional field trials. The data generated is very powerful and will help us to select the best bambara nut to grow in the respective countries.”

Dr Ivan Chiew Kar Mun, who is one of the latest to graduate from the CFF-UNMC DTP programme, had studied the use of prebiotics in aquaculture. His research aimed to improve the health and growth of fish using prebiotics derived from beans and legumes.

“In my study, I worked with bambara nut legumes (Vigna subterranea) and adzuki beans (Vigna angularis).

“Aquaculture is a growing industry that provides an alternative source of protein, besides reducing the depletion of fish stocks in the ocean. However, it is susceptible to outbreaks when the fish become stressed due to dirty water and overcrowding.

“The presence of pathogenic bacteria in the water will cause the stressed fish do develop disease, and as it is impossible to remove bacteria from the environment, the alternative is to improve the health of the fish.

“This idea of my research is to increase the presence of beneficial bacteria in the fish intestines by adding prebiotics from bambara nut legumes and other sources in their diet.

“The beneficial bacteria will curb the growth of pathogens, while improving nutrient absorption and boosting the immune system of the fish, leading to improved growth and health.”

Chiew said his research comprised several phases. In the first phase, he selected the fish and potential prebiotics.

“I chose to work with the siakap (Lates calcarifer) as it is a popular fish in Malaysia. I began by identifying the existing beneficial bacteria in the fish intestines, which was isolated for further study.”

In the next phase, Chiew and his team tried to produce and observe the properties of potential prebiotics derived in the form of an indigestible starch from bambara nuts and adzuki beans.

They tested the efficacy of the potential prebiotics in supporting the growth of beneficial bacteria. This was performed as a preliminary step to ensure that the prebiotics would work effectively in fish-feeding experiments.

“The final phase involved adding prebiotics in the fish diet. This involved preparing the fish feed and managing stocks. The fish were fed daily and weighed weekly. At the end of the feeding trial, we performed the final analysis.”

Chiew observed that the prebiotics had no side effects on the fish, which grew well.

“Further research must be done on other prebiotics and their benefits before extending their use in fish farms. Ultimately, the aquaculture industry in Malaysia, as well as globally, can benefit from the use of prebiotics at little expense, while encouraging farmers to cultivate more underutilized crops,” he said.