In the past twenty years, Asian countries have experienced massive and unprecedented urban growth, and with it a host of new challenges, as swelling urban populations have increased pressure on resources such as land, food, and water. As in other major cities in Asia, the rapid growth of Vietnam’s capital, Hanoi, has had a dramatic impact on its citizens and the environment.

These changes have been particularly acute for Hanoi’s farmers. As agricultural communes have fallen under urban administration and rice land has been allocated to developers, farmers have lost much or all of their land—often their only source of income. Fragmented and noncontiguous agricultural plots make collective farming more difficult, and farmers’ cooperatives have dissolved or become inactive. With opportunities in nearby industrial zones limited by their age, education, and lack of transferable skills, these farmers are uniquely vulnerable to poverty and joblessness, and none more so than the middle-aged women, often supporting children and elderly parents, who make up the majority of this struggling population.

At the same time, as the city expands, there is growing concern about food security for Hanoi’s nearly eight million residents. Demand has been rising for locally available “safe foods”—fruits and vegetables reliably free from pesticides and other toxic chemicals—but small-scale producers often don’t have the means or the technical training to meet the safe food requirements or satisfy market demand.

At the intersection of these agricultural, economic, and social problems lies the opportunity to rebuild and improve the infrastructure of cooperative urban farming. Since July 2014, The Asia Foundation has partnered with the GSRD Foundation on Sustainable Livelihoods, a project to improve the lives of low-income farmers in Hanoi and increase food security for urbanizing areas through the cultivation and marketing of safe fruits and vegetables.

The project combines training to increase yields through sustainable methods with business development skills to build brand recognition, consumer relationships, and financial management skills. Given the rapid development of new urban areas everywhere within the city limits, the project focuses on land managed by two communes on the banks of a river outside of protective dikes, an area where new permanent construction is forbidden due to flood risk. With support from Long Bien District, which built all-weather roads and a piped water system, the 274 members of these two cooperatives are now able to earn roughly $250 per month—more than full-time factory workers, but working roughly half the time. And as the farmers’ management skills have grown, they have been able to register under new regulations governing cooperatives. The project has been welcomed by the chair of the Hanoi People’s Committee, Nguyen Duc Chung, for increasing the supply of fresh fruits and vegetables, reducing transportation costs, and bringing urban residents into closer touch with the foods they eat. 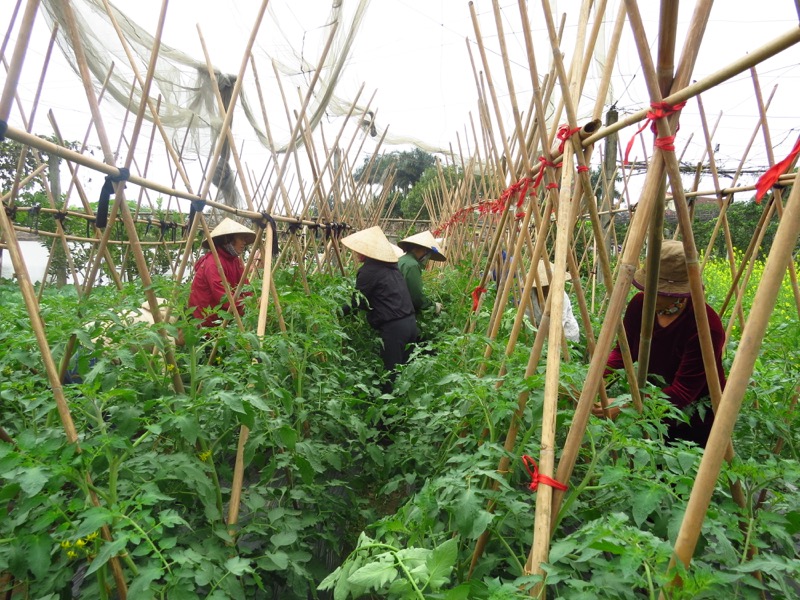 Farmers working together at the Dong Tam Cooperative.

The Dong Tam Cooperative, in the district of Long Bien, began its transformation into a green cooperative in 2014 with support from Sustainable Livelihoods. “We used to grow vegetables using traditional practices,” says Mrs. Khoi, a Dong Tam farmer. “Our yields were low, our crops were of low quality, and they were sometimes unsafe for customers due to improper use of pesticides.” Farm incomes were low, and farm livelihoods were tenuous, as farmers mostly sold their surplus in baskets at sidewalk markets.

But an impact assessment survey in May 2018 found that Sustainable Livelihoods had brought significant changes. Thirty-eight percent of farm households were now cultivating at least three additional types of fruits and vegetables, and all the farmers trained in the program showed a commitment to green cultivation methods. Eighty-five percent said their monthly income from fruits and vegetables had grown at least 30 percent, and a Dong Tam business report showed that revenues per hectare increased by a factor of 2.6 from 2016 to 2017. 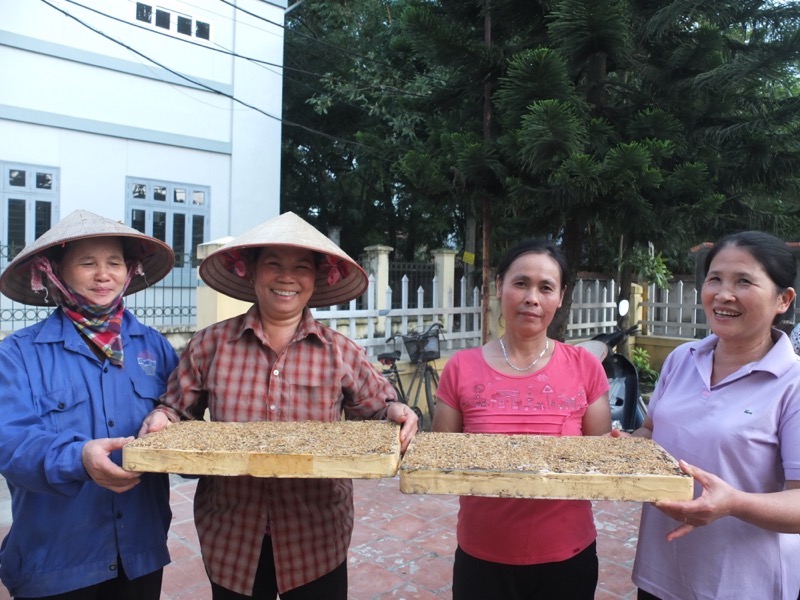 Members of the Dong Tam Cooperative. 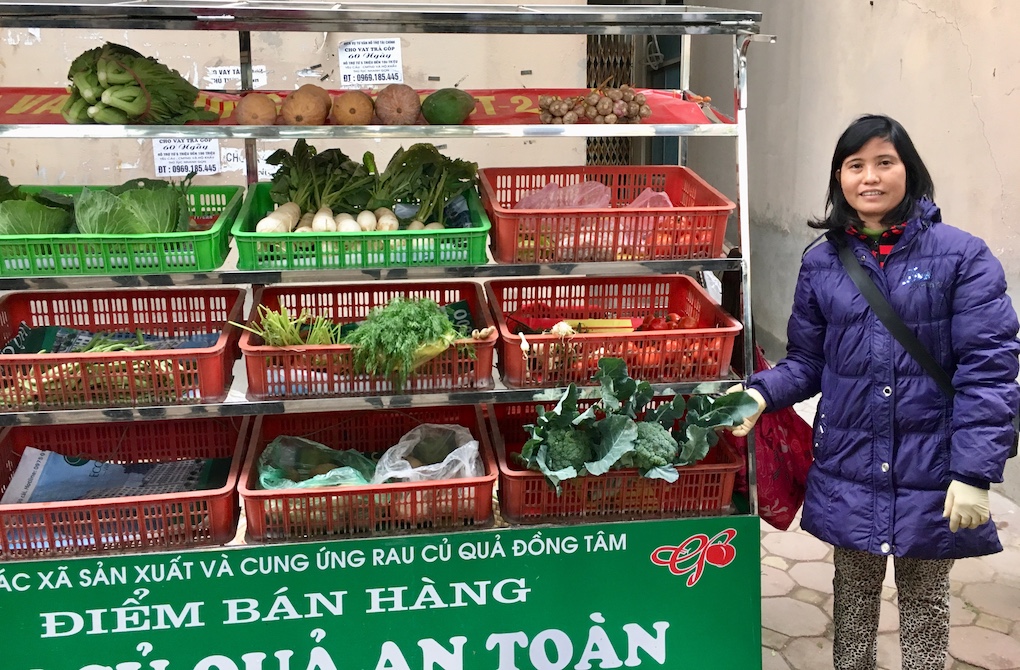 The project’s work on improving market access has helped farmers develop a customer-producer trust network, essential to the long-term success of produce markets. Sustainable Livelihoods has also made public advocacy a priority, using workshops and local media to raise awareness of the positive social, economic, and environmental effects of safe food production within the urban boundaries of Hanoi.

Most importantly, the project has supported urban farmers, the majority of whom are women, in building up a community of support and raising awareness of the need for green urban farming.